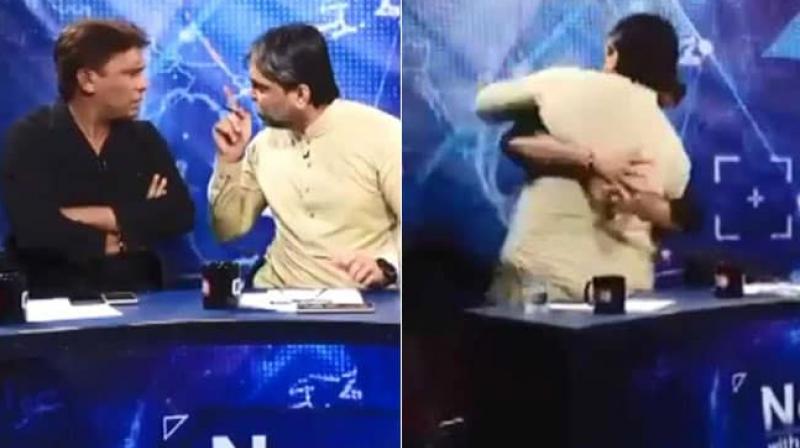 Funnily enough, shortly after the fight, Siyal took his seat on the panel again beside Imtiaz. (Photo: YouTube screengrab)

In the video, the two were first seen arguing verbally before Siyal got up and attacked and manhandled Imtiaz Khan, president of the Karachi Press Club.

Siyal was captured on camera first pushing Khan to the ground, and then punching and slapping him. The two were separated by other guests on the show and crew members.

Funnily enough, shortly after the fight, Siyal took his seat on the panel again beside Imtiaz. A few minutes later, the Karachi Press Club president also came back to the studio and the taping of the show resumed like nothing had happened.