The corridor is scheduled to operationalise on the occasion of the 550th Birth Anniversary of Guru Nanak. 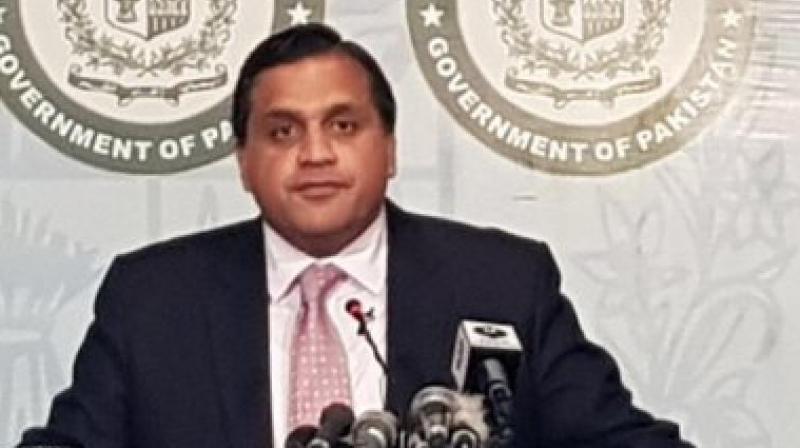 Faisal said that work is proceeding rapidly on the Pakistani side on the Kartarpur corridor. (Photo: Twitter | @ForeignOfficePk)

Foreign Office (FO) spokesperson Mohammad Faisal said, "Pakistan is keen that the Kartarpur Corridor becomes operational as per the schedule. However, the meetings are delayed as the Indian government is not willing to hold the delegation-level meeting at this juncture." On April 16, India and Pakistan held a meeting on technical aspects of the proposed corridor. At the nearly four-hour-long meeting, which took place in makeshift tents at "Zero point" of the proposed corridor, experts and technicians from both the countries discussed timing for completion of bridge, alignment of roads and engineering aspects of the proposed crossing points.

After the meeting, Faisal said that work is proceeding rapidly on the Pakistani side on the Kartarpur corridor. "In view of paucity of time, we are keen to hold the meeting to finalise the draft agreement at the earliest. The meeting is specifically to discuss differences related to proposals of both countries for operationalising the corridor and to align positions to build convergence. We hope India will agree to hold a meeting at the earliest," he had said.

In November 2018, India and Pakistan agreed to set up the border crossing linking Gurdwara Darbar Sahib in Kartarpur, the final resting place of Sikh faith founder Guru Nanak, to Dera Baba Nanak in Gurdaspur district. The corridor is scheduled to operationalise on the occasion of the 550th Birth Anniversary of Guru Nanak.