These gurdwaras were closed after partition and now have been handed over to the Sikhs after renovation. 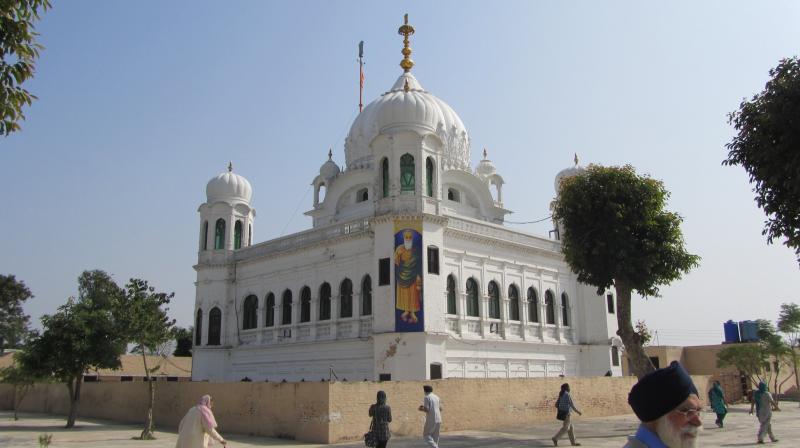 The water from the holy well at Gurdwara Kartarpur Sahib is called 'amrit jal'. (Photo: YouTube)

Islamabad: The well at Gurdwara Kartarpur Sahib in Pakistan has been made functional and the government has allowed its holy water to be exported.

"The water from this well is like what Aab-i-Zamzam is to Muslims. Now, the well has been shaped and a filtration plant has been set up over it so that Sikh devotees can drink the water," Evacuee Trust Property Board (ETPB) Chairman Siddiqul Farooq, was quoted as saying by The Dawn to a Senate committee on Friday.

Farooq said that three ancient gurdwaras visited by the founder of Sikhism, Baba Guru Nanak, have also been reopened.

"The doors of these gurdwaras - one in Peshawar and two in the Nankana Sahib district - were closed after partition, and now they have been handed over to the Sikh community after renovation," he said.

He further added, "The most considerable achievement is the opening of the holy well at Gurdwara Kartarpur Sahib. Its water is called Amrit Jal by the Sikhs, and the government has allowed for the water to be exported all over the world."

He said Gurdwara Kartarpur Sahib in Nankana Sahib is where Baba Guru Nanak is believed to have spent the final years of his life.

The committee was informed that the government is in the process of allowing the printing of the Sikh religious text the Gurugranth Sahib.

Committee chairman Senator Hafiz Hamdullah was asked why the gurdwaras and the holy well had been closed for so many years during the ETPB official's briefing.

Instead of addressing the question, officials from the Ministry of Religious Affairs, including Minister Sardar Mohammad Yousuf, Secretary Khalid Masood and ETPB officials remained silent.

To this, Hamdullah said it was not the right path to keep anyone from following their religion.

"We need to be considerate and facilitate, as much as possible, the members of other religious to worship at their temples or gurdwaras or churches. Whatever the reason for their closure, we should try to maintain them and hand them over to the concerned community," he said.