An investigation by the MEP this week showed the province remains one of the country’s worst black spots for rule-breaking. 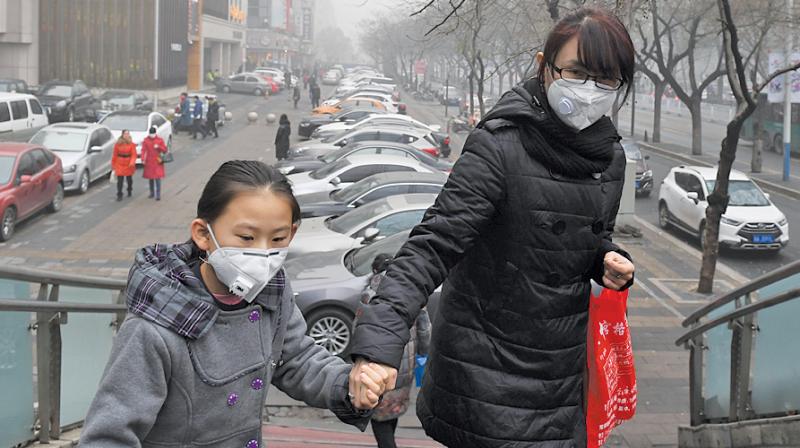 A file photo shows a mother and daughter climbing a pedestrian overpass on a heavily polluted day in Shijiazhuang, in Hebei province, China. (Photo: AFP)

Shanghai: China has publicly named over 20 enterprises which it says broke environmental rules during this week’s outbreak of hazardous smog in the country’s north in the latest attempt to bring lawbreaking firms to account by shaming them.

Beijing’s latest public shaming campaign is its most overt attempt to bring polluters to account by exposing their infringements to wider community scrutiny, one part of the government’s broader “war on pollution” launched in 2014.

But with employment still a priority and penalties too weak, this tactic — used in the past, albeit in a more low-key manner — has done little to discourage firms from evading emergency measures imposed in 24 northern cities put on smog “red alert” this week.

“Naming and shaming is meant to deter firms from environmental violations,” said Alex Wang, an expert in Chinese environmental law at UCLA. “But where the economics don’t work out for firms, and in places where non-compliance is common, (the tactic) won’t have much of an effect.”

Hebei, home to seven of China’s 10 most polluted cities last year, set up a “media exposure platform” in October and promised to publish cases of serious violations at least twice a month.

An investigation by the MEP this week showed the province remains one of the country’s worst black spots for rule-breaking.