During the ceremony, Sushma Swaraj also launched 15 development projects being funded by India in Bangladesh. 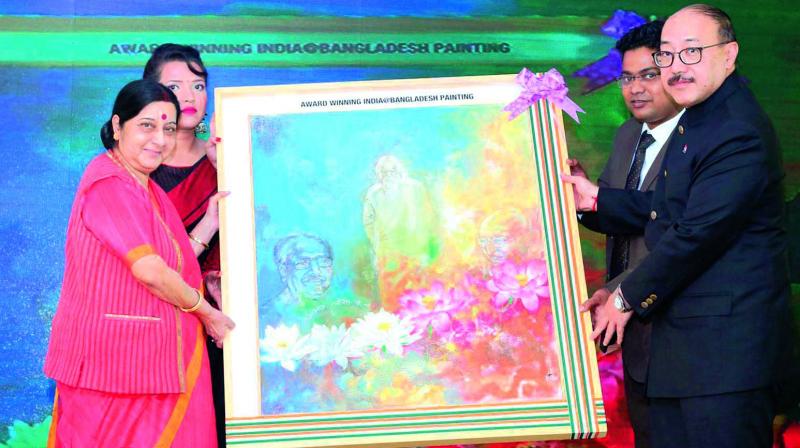 On the last day of her Bangladesh visit, Ms Swaraj lit the ceremonial lamp to mark the opening of the huge complex at Dhaka’s Baridhara diplomatic enclave, which includes the high commission that was previously operating from a house in Gulshan area of the city.

During the ceremony, she also launched 15 development projects being funded by India in Bangladesh, which officials said have been planned as per the country’s geographical spread, socio-economic benefits and priorities.

“India is following a policy of neighbours first, and among the neighbours Bangladesh is foremost,” Ms Swaraj said at the function, describing bilateral relations as having gone beyond a strategic partnership.

The development projects, worth about $8.7 million, are in the areas of education, health care, information technology, water supply, and social welfare. They include installation of 11 water treatment plants in southwestern coastline of Pirozpur to benefit some 150,000 people, 36 community clinics, and reconstruction of Dhaka’s historic Ramna Kali Temple which was destroyed by invading Pakistani troops in the 1971 liberation war.