She deleted the tweet after around an hour and put out another picture 'Sorry typo in previous tweet'. 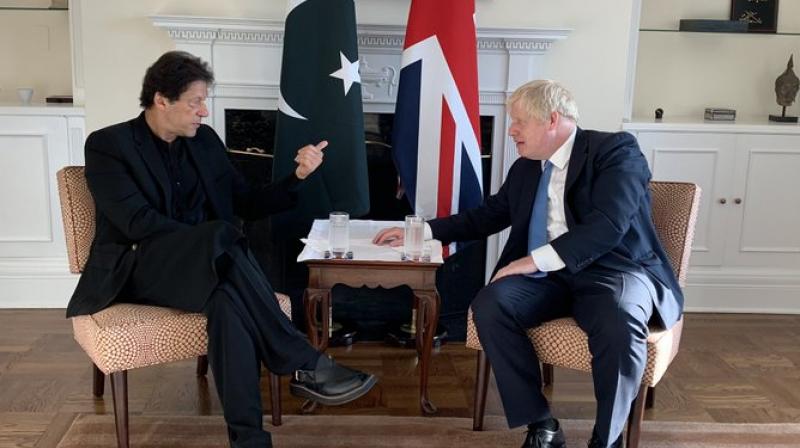 "Prime Minister Imran Khan met British Foreign Minister Boris Johnson this morning," Lodhi tweeted as she put out a picture of the meeting.

She deleted the tweet after around an hour and put out another picture "Sorry typo in previous tweet. Prime Minister Imran Khan Met British PM this morning".

Netizens seized on the opportunity to mock Pakistan and soon twitter was flooded with reactions:

"Believe it or not"

Believe it or not but #Pakistan's permanent representative to UN does not know that Boris Johnson is actually the Prime Minister of UK. Not surprised that she is the same person who cut a sorry figure when she showed pictures of Gaza as those from #Kashmir. pic.twitter.com/w9yiT8IWd4

Politicians in Pakistan will come & go but Maleeha Lodhi will always be at the UN embarrassing Pakistan with the blessings from Aliens. pic.twitter.com/5mhapOPxQm

"And she wants Kashmir"

It is not the first time that Lodhi has caused embarrassment to Pakistan. In 2017, Lodhi held up a photograph of a scarred girl at the United Nations, she said she was offering proof of "brutality" in Kashmir. But the photo turned out to be that of a 17-year-old Palestinian girl, taken in Gaza in 2014 by award-winning photographer Heidi Levine. The teenager had been injured by shrapnel in an Israeli attack.

Earlier this month, former Pakistani High Commissioner to India, Abdul Basit did a major goof-up. He retweeted a photo of an adult filmstar while passing it off as a Kashmiri man who lost his vision due to pellet injury.