Deputy Public Prosecutor Thiagesh Sukumaran said he used a pair of tongs to put up the toy grenade before leaving the scene. 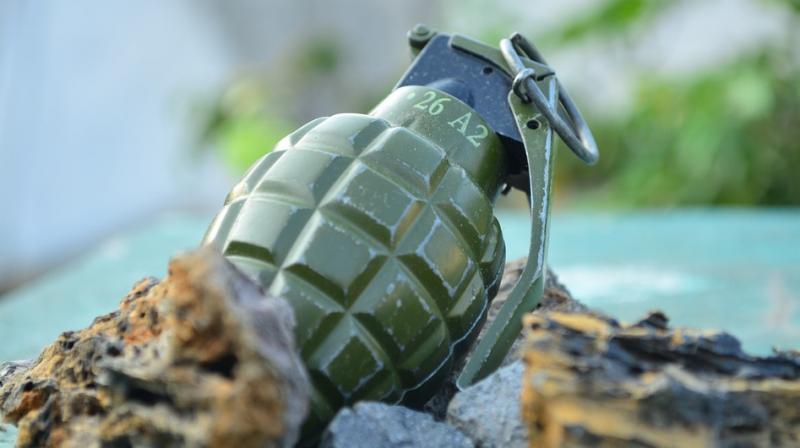 One of the motorists passing by from there noticed the grenade and called police. (Photo: Representational)

Singapore: A 59-year-old Indian-origin cleaner was fined 4,500 singaporean dollars on Wednesday for putting a toy grenade in an upright manner at a fire-hydrant outside Singapore's Istana, the Presidential Palace in the city centre, causing panic and sparking a high deployment of public resources.

Elankovan Marimuthu had chanced upon the toy grenade while working as a cleaner near the Istana area at about 7 am on November 3, 2017. He placed it upright to see how the public would react to it.

Deputy Public Prosecutor Thiagesh Sukumaran said he used a pair of tongs to put up the toy grenade before leaving the scene.

One of the motorists passing by from there noticed the grenade and called police.

The incident sparked a deployment of public resources.

Penang Lane, one of the routes to the Central Business District and the site of the grenade, was closed for half an hour and partially cordoned off to traffic for 45 minutes, while police advisories were disseminated to advise the public to stay clear of the area.

In this time, a number of phone calls were made to the police hotline complaining of traffic congestion in the area.

Around 5pm, it became clear that the item was a toy and Penang Lane was subsequently reopened.

It is not known who placed the toy there in the first place, according to the a Channel News Asia report.

Closed-circuit television footage confirmed that Elankovan Marimuthu had positioned the grenade in an upright manner. He was asked to assist in investigations the next morning when he went to the Istana Park.

He admitted that he had repositioned the toy and did so because he wanted to see how the public would react to it, the report said.

Elankovan Marimuthu pleaded guilty to one charge under the Protection from Harassment Act of using threatening behaviour by positioning the toy grenade in an upright manner, behaviour likely to cause alarm.

The prosecution asked for a fine of 4,500 dollars, saying it was not unreasonable to characterise Elankovan Marimuthu's behaviour as "irresponsible" in today's security climate.

The area was filled with tourists and was adjacent to the Istana, and his act wasted public resources and created inconvenience to the public.

"The public messaging today is that everything suspicious should be reported to the authorities," said the prosecutor, adding that Elankovan had not reported it when he first saw the object.

"He turned it into his own little game," said the prosecutor. "He wanted to see how the public would react."

The fine would send a message that such conduct is unacceptable and that it is not a joke nor a game, but has serious consequences, he said.

Defence lawyer Rajan Supramaniam told the court that his client was not highly educated and wishes to close this "unfortunate chapter" in his life.

"Our client has truly learnt a hard and bitter lesson as a result of his foolish and wrongful actions," said the lawyer, asking for leniency.

District Judge May Mesenas said it was fortunate that the prosecution had reduced the charge from a more serious one under the United Nations (Anti-Terrorism Measures) Regulations, which carries maximum penalties of 10 years' jail, a 500,000 dollars fine, or both.

"Hopefully this is a lesson learned for you, not to be taken lightly," said the judge. "After this incident, look at what happened."