They will also discuss plans for the successful holding this year's BRICS Summit in Brazil, Zhang said. 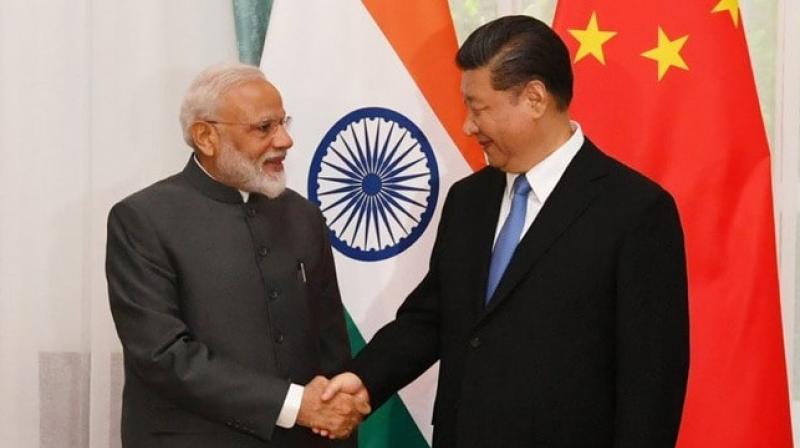 Beijing: Chinese President Xi Jinping will hold meetings with Prime Minister Narendra Modi, Russian President Vladimir Putin and other leaders of the BRICS grouping during the G20 Summit in Japan this week where the talks would be focussed on opposing the "unilateralist" and "protectionist" trade policies of the US, a senior Chinese minister said on Monday.

China, which is seeking to build a strong opposition against US President Donald Trump using trade and tariffs as a weapon to enforce his "America first" policy, said the issues of "unilateral" and protectionist" policies would be discussed in detail at the meetings of the leaders of Brazil, Russia, India, China and South Africa (BRICS) and Russia, India and China (RIC) at Osaka.

The G20 summit would be held at Osaka on June 28-29. Chinese President Xi Jinping will go there a day ahead of the Summit to take part in host of informal meetings including his meeting with Trump for key talks to end the bruising trade war between the top two economies of the world.

Highlighting the importance of Modi-Xi-Putin meeting at Osaka, China's Assistant Foreign Minister Zhang Jun said, "Given the current international landscape, the meeting among the three leaders is also of significance. As you know, China's relations with Russia and India are showing sound momentum of growth."

While informal meetings of the BRICS and the RIC take place in all the multilateral summits, Chinese officials say the Osaka meeting assumes significance as all major countries besides India, China and Russia are facing trade and tariff-related frictions with the US.

As China is battling a trade war with US, Chinese officials hope that India, which is also facing trade frictions with the US especially over termination of its designation as a "beneficiary developing country" under the Generalised System of Preferences (GSP), would join the fight against Trump's "protectionist" policies.

India has recently announced retaliatory trade tariffs against the US covering 28 US products, including almonds and apples.

"In the upcoming Osaka summit President Xi will have an informal summit with the BRICS leaders. The discussion topics will fit in well with the agenda of the G20 Summit," Zhang told media here.

The leaders will have good discussions and exchange of views to enhance cooperation to better meet the major challenges facing the international community, uphold the multilateralism and oppose protectionism, he said.

The other topics of discussion at the BRICS leaders' informal meeting will include cooperation on economy, political issues, security and people to people exchanges among group to further deepen cooperation and uphold the good momentum of BRICS cooperation, he said.

They will also discuss plans for the successful holding this year's BRICS Summit in Brazil, he said.

"I believe the upcoming informal meeting of the BRICS leaders will contribute to the successful holding of the G20 Osaka summit and help provide new impetuous to global economy," he said.

"Under the current circumstances, it is important for the three countries to strengthen coordination on major global issues and jointly uphold multilateralism, oppose protectionism and deepen cooperation on multilateral and international affairs to make important contribution to the global peace," he said.

"At the same time, it can provide impetus for the three countries to enhance cooperation at bilateral level and enhance mutual trust...We are confident that the meeting will produce positive results," he said.

Donald Trump, who kicked off the trade war last year, is demanding China to reduce the massive trade deficit which climbed to over USD 539 billion last year. He is also insisting on China to workout verifiable measures for protection of intellectual property rights (IPR), technology transfer and more access to American goods to Chinese markets.

Both the countries have imposed additional tariffs on billions of dollars worth of their exports to each other.