The blast took place near a bus station in the eastern part of the capital Jakarta. 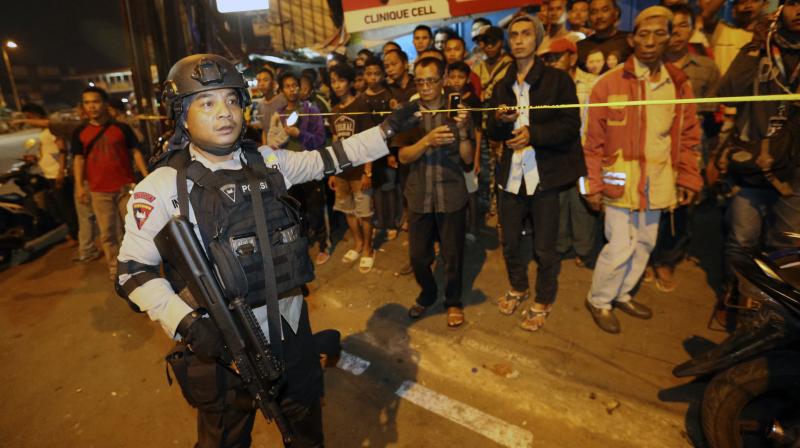 Police officers clear the scene after an explosion near a bus stop in the Kampung Melayu area of Jakarta, Indonesia. (Photo: AP)

Jakarta: Two blasts rocked a public transport terminal in the Indonesian capital Jakarta on Wednesday and caused casualties, police said. Police said that two people had been killed, including a suspected suicide bomber.

"There were two blasts at around 9:00 pm, close to each other, there are three victims," East Jakarta police chief Andry Wibowo told TV station MetroTV, without saying whether the victims had been killed or injured.

"From the damage I can see the explosions were pretty big." It was not immediately clear what caused the blasts at the Kampung Melayu terminal.

Andry Wibowo, the head of East Jakarta police, told Metro TV that people had heard two explosions and three people had been hurt.