He ordered troops to kill fleeing Muslim militants behind a foiled attack in the central resort province of Bohol. 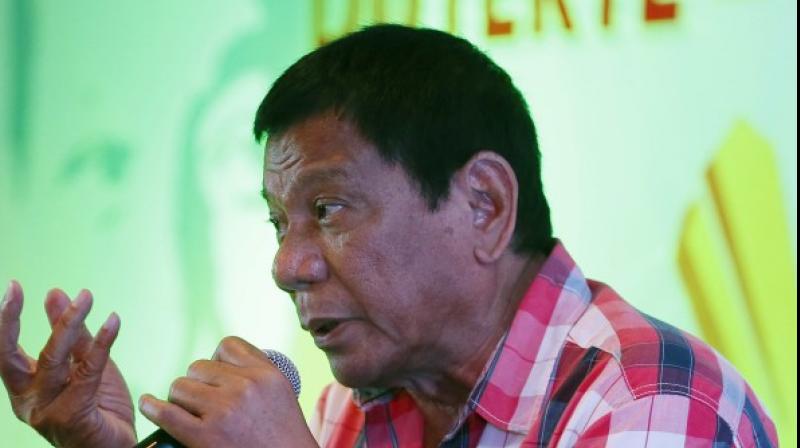 He has warned he may place the southern Philippines, scene of a decades-long Muslim separatist rebellion, under martial rule if terrorism threats spin out of control. (Photo: AP)

Manila: Philippine President Rodrigo Duterte warned on Sunday that he could be “50 times” more brutal than Muslim militants who stage beheadings and said he could even “eat” the extremists if they’re captured alive by troops.

Duterte has repeatedly threatened drug suspects with death, but he raised his shock rhetoric to a new level as president when he said in a speech during the opening of a national sports tournament what he could do to terrorists who have staged beheadings and other gruesome attacks.

Duterte ordered troops to kill fleeing Muslim militants behind a foiled attack in the central resort province of Bohol and not bring them to him alive, calling the extremists “animals.”

The foul-mouthed president said that if a terrorist was presented to him when he’s in a foul mood, “give me salt and vinegar and I’ll eat his liver.”

The crowd broke into laughter, but Duterte cut in, “It’s true, if you make me angry.”

Duterte, a longtime city mayor who built an image as a deadly crime-buster, won the presidency in May last year on a promise to battle illegal drugs, corruption and terrorism. Thousands have died under his anti-drug crackdown, which has alarmed Western governments and human rights groups.

He has warned he may place the southern Philippines, scene of a decades-long Muslim separatist rebellion, under martial rule if terrorism threats spin out of control.

He recently offered a reward for information leading to the capture of Abu Sayyaf and other militants behind a foiled attack in the central province of Bohol. Eight militants, three soldiers, a policeman and two villagers have died in clashes in Bohol, which lies far from the southern jungle bases of the militants.

Muslims around the world celebrates Eid amid curfews and virus fears