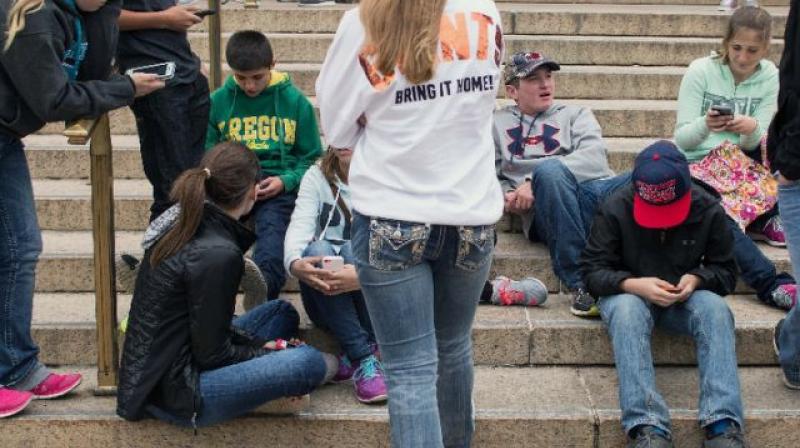 Two Indian-origin students in Singapore have developed a device which enables automated watering of plants.(Representational Image)

Singapore: Two Indian-origin students in Singapore have developed a device which enables automated watering of plants to ensure the plants don't suffer while you are away at work or vacations.

Pratyush Bansal and Aekas Singh Gulati, class eight students at the Global Indian International School (GIIS) here, said they used to get disturbed to see their plants wilted or dead after being back from a vacations and decided to find the solution for the problem.

The students, who were born here, say they have tested the idea at their grandparents' home in India as well and the geography does not make much difference to the efficiency of the device.

"We have used a moisture sensor with hygrometer detector which has been connected to a two litres water tank and a water pump motor. A battery and a liquid crystal display completes the functioning," Bansal told PTI.

"So when the water tank is filled and the connecting pipe left in the pot, the moisture sensor detects when the water is needed and the motor pumps water from the tank which will have to be filled every two weeks. If there are multiple pots as many number of pipes can be connected to the device," he added.

The duo was also selected to display their device at the Young Innovators Programme at IIT Kharagpur. The students who are working on commercial viability of the device have estimated its cost at 9 Singapore dollars (Rs 470).

"We are now trying to add a wifi enabled circuit board to it with GSM module which will automatically link our mobile phones to the device and we can monitor watering of our plants using an app," Gulati said.