The new work-life balance scheme, launched this week, calls on employers to let staff off around 3:00 pm on the last Friday of every month. 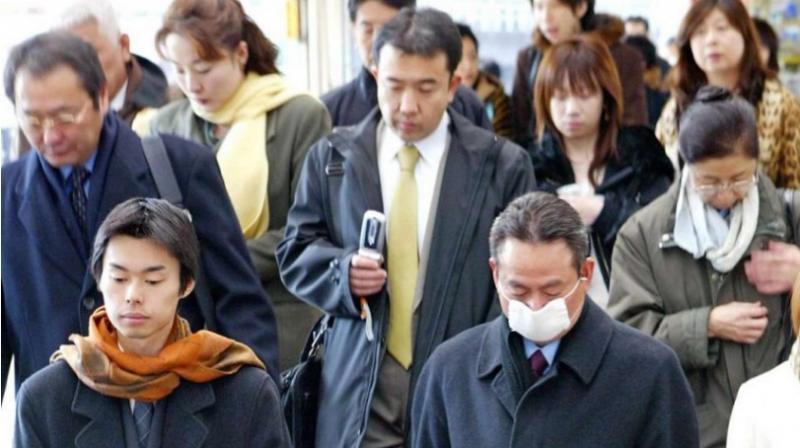 Tokyo: Japan's Prime Minister spent Friday afternoon meditating while staff at some of the country's biggest firms quit work early -- in time for a bit of shopping or maybe a boozy train ride.

The new work-life balance scheme, which launched this week, calls on employers to let staff off around 3:00 pm on the last Friday of every month.

Major firms including automakers Nissan and Toyota, beverage giant Suntory and brokerage Nomura are taking part in the government-backed initiative.

But it's not mandatory and many companies have opted out, while some analysts question whether it will really boost spending or do much to change Japan's punishing work culture.

Still, the idea was a hit with Suntory employee Maki Suzuki, who said she often works late into the night or even into the early hours when things are busy at the office.

"This is a good opportunity to plan something that we don't usually do," said the 34-year-old, as she visited a Tokyo art museum with colleagues Friday afternoon.

"Taking a long holiday is too high a hurdle for many Japanese, but taking an afternoon off isn't."

Word has not reached out to some people, however.

"When I told my friends about Premium Friday, they were like, 'What are you talking about?'" said Nami Kawasaki, another Suntory employee.

Mobile carrier SoftBank is letting its staff leave early and, from April, will put an extra 10,000 yen ($90) in their pockets a month.

Other firms are jumping at the chance to sell things to workers with extra time on their hands.

One railway operator is offering a special train ride with beer and bento boxes, while early birds can get discounts on everything from matchmaking services to cancer checks.

Prime Minister Shinzo Abe was taking it down a notch with plans to spend the afternoon at a Zen meditation temple, followed by a music concert.

Top government spokesman Yoshihide Suga was also keen to call it a day.

"Unfortunately I have to hold this press conference," he told reporters at a regular briefing earlier Friday.

"But as soon as I'm finished here, I'm going to be doing something" for Premium Friday.

Every year, Japan's long working hours are blamed for hundreds of deaths due to strokes, heart attacks and suicides.

In December, the head of Japan's biggest advertising agency Dentsu resigned in response to the suicide of a young employee who regularly logged more than 100 hours of overtime a month.

More than one in five Japanese companies have employees who work such long hours they are at serious risk of dying, according to a government survey published in October.

This hard-driving office culture spawned the image of the weary salaryman who worked all day, drank with the boss all night, and was back at his desk early in the morning.

That has changed over the decades and Japan's once-booming economy has slowed.

But putting in long hours is still viewed as a sign of dedication at many firms, even if Japanese workers' productivity lags behind that of their US and European counterparts.

"We're hoping to boost spending by changing our lifestyle, the way we work and the way we think," Masanao Ueda, director of the industrial policy bureau at Keidanren -- Japan's biggest business lobby -- told AFP.

But it could be a hard sell.

Many Japanese employees don't take all their regular annual leave and firms are not increasing wages, meaning workers will not spend more money for Premium Friday.

"It's not even mandatory for workers to leave early."