The security chief on Wednesday announced the bill's withdrawal in the city's legislature. 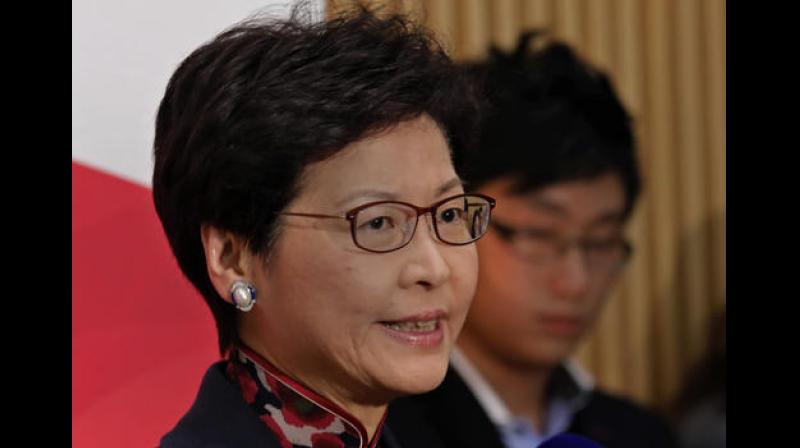 The proposal stoked widespread fears residents would be put at risk of being sent into mainland China's Communist Party-controlled judicial system, and Lam was forced to drop the bill in the face of fierce opposition. (Photo: AP)

Hong Kong: Hong Kong's legislature on Wednesday formally withdrew planned legislation that would have allowed extraditions to mainland China, meeting one of five demands of pro-democracy protesters but unlikely to end months of often violent unrest.

The rallying cry of the protesters, who have trashed public buildings in the Chinese-ruled city and thrown petrol bombs at police, has been "five demands, not one less", including universal suffrage.

Hong Kong leader Carrie Lam had proposed the amendments to resolve a case involving a man wanted for murder in Taiwan who could not be sent to the self-ruled island because there was no extradition agreement in place.

But the proposal stoked widespread fears residents of Hong Kong, which maintains its own independent courts, would be put at risk of being sent into mainland China's Communist Party-controlled judicial system.

Scrapping the bill meets one of the protesters' five key demands, but activists have vowed not to yield until the government fulfills all of them. They also include an independent inquiry into allegations of police brutality during the protests, the unconditional release of those detained, not labeling the protests as riots, and direct elections for the city's leader.