The Punjab government has taken over the control of the JeM headquarters in Bahawalpur, about 400 km from Lahore. 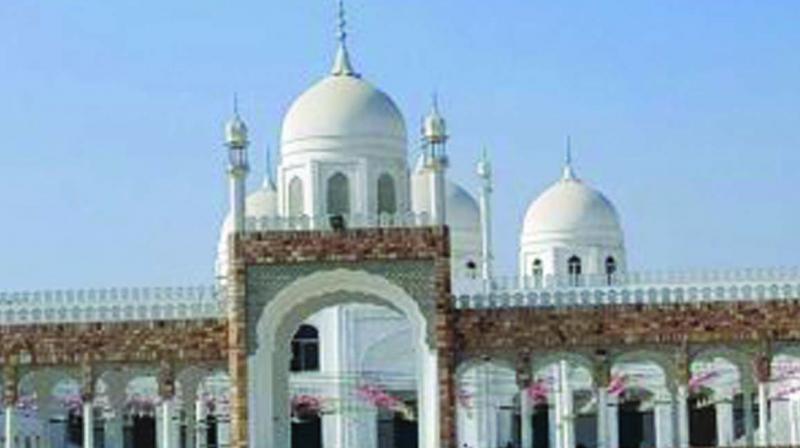 Lahore: In a gesture that signalled it was bowing to international pressure to rein in militant groups operating from its soil, the Pakistan government on Friday upped its diplomatic game by taking over administrative control of the headquarters of Jaish-e-Mohammed (JeM), the terror outfit which claimed responsibility for the deadly Pulwama suicide attack that killed more than 40 CRPF personnel in Jammu and Kashmir. But, simultaneously, it complained to the UN Security Council about India issuing “threats of use of force”, and specifically about Prime Minister Narendra Modi for “stoking negative sentiments among his people against Pakistan for political compulsions”.

The move came a day after the powerful UN Security Council comprising 15 nations, including Pakistan’s key ally China, named Jaish in a statement condemning in the “strongest terms” the “heinous and cowardly” terror attack perpetrated by Pakistan-based JeM in Pulwama and stressed on the need to hold organisers and financiers of such “reprehensible acts” accountable and bring them to justice.

The Punjab government has taken over the control of the JeM headquarters in Bahawalpur, about 400 km from Lahore, Pakistan’s information minister Fawad Chaudhry told PTI.

“The government of Punjab has taken over the control of a campus comprising Madressatul Sabir and Jama-e-Masjid Subhanallah in Bahawalpur, allegedly the headquarters of JeM, and appointed an administrator to manage its affairs,” the minister said.

The campus has a faculty of 70 teachers and currently 600 students are studying in it, a statement issued by the interior ministry said, adding that the Punjab police is providing security and protection to the campus.

The crackdown on Jaish “has been taken in line with the decision of the National Security Committee meeting held on Thursday under the chairmanship of Prime Minister Imran Khan”, it said.

But almost simultaneously, Pakistan foreign minister Shah Mehmood Qureshi on Friday also drew UNSC’s attention towards “gravity of regional security situation created by threats of use of force by India” against Pakistan.

In a letter to the president of the UN Security Council, Anatolio Ndong Mba, Mr Qureshi said the prevalent situation “poses direct threat to global peace and security.”

He said immediately after the Pulwama attack in Kashmir on February 14, “India began accusing Pakistan without any investigation and New Delhi started threatening Pakistan of retaliation.”

Mr Qureshi said the source of “baseless Indian allegations” is a “social media video of dubious content” and added that India was calling its “speculation” facts in an effort to blame Pakistan “for its operational and policy failures.”

The foreign minister alleged India is deliberately “pursuing an aggressive policy to make the environment distasteful due to its internal political reasons”.

He said Mr Modi was “stoking negative sentiments among his people against Pakistan for political compulsions”.

Mr Qureshi added that “Indian authorities are threatening to stop the flow of river waters to Pakistan which can jeopardise the agreed Indus Water Treaty between the two countries”.

Rejecting India’s allegations on Pulwama attack, Pakistan’s foreign minister said, “Pakistan has offered to hold investigation into the incident on the provision of concrete evidence.”

He added, “Prime Minister Imran Khan offered India for negotiations on terrorism and other conflicts between the two countries. Pakistan has also expressed the resolve to defend itself in case of Indian aggression.”

Mr Qureshi said, “Kashmiri people are being subjected to torture for raising their demand of right to self-determination which is their inalienable right.”

He claimed the UN Security Council resolutions give the people of Kashmir the right to plebiscite for determining their future.

After the Pulwama attack, Mr Modi had said those behind the terror attack had made a “huge mistake” and would pay a “very heavy price”.

Pakistan on Thursday also banned the 2008 Mumbai attack mastermind Hafiz Saeed-led Jamat-ud-Dawa and its charity wing Falah-e-Insaniat Foundation (FIF). Earlier, the two outfits were kept on the watchlist of the interior ministry.

The JuD is believed to be the front organisation for the LeT which is responsible for carrying out the Mumbai terror attacks that killed 166 people. It was declared a foreign terrorist organisation by the US in June 2014.

Meanwhile, Paris-headquartered international terror financing watchdog Financial Action Task Force (FATF) on Friday condemned the Pulwama terror attack and decided to continue the “Grey” listing of Pakistan for its failure to stop funding of terrorist groups such as JeM, LeT and JuD.

In a statement, FATF said, “Pakistan has revised its TF (terror financing) risk assessment. However, it does not demonstrate a proper understanding of the TF risks posed by Da’esh (ISIS), Al-Qaida, JuD, FIF, LeT, JeM, HQN (Haqqani Network) and persons affiliated with the Taliban.”

The FATF continuing Pakistan with the “Grey” listing means downgrading of the country by multilateral lenders like IMF, World Bank, ADB, EU and also a reduction in risk rating by Moody’s, S&P and Fitch.