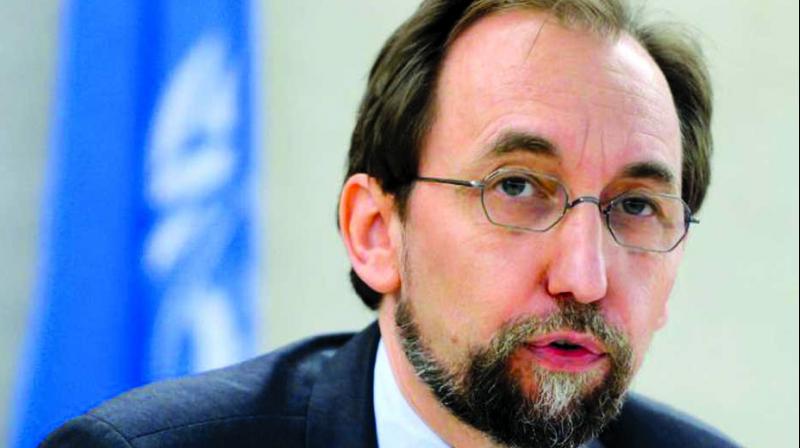 Manila: The Philippines said on Wednesday that President Rodrigo Duterte’s killing of three people in the 1980s was part of a police operation, after the UN rights chief urged Manila to investigate him for murder.

In speeches last week, Mr Duterte recounted how in 1988, in the first of his several terms as mayor of Davao, he and local police ambushed and killed three suspected kidnappers.

UN rights chief Zeid Ra’ad Al Hussein said in a statement on Tuesday that Mr Duterte’s killings, by his own admission, “clearly constitute murder” and Philippines judicial authorities must launch a murder investigation.

Mr Duterte’s spokesman Ernesto Abella said on Wednesday Zeid’s comments were nothing more than “his opinion”.

“Again, let me just remind one and all, that the incident referred to by the President was actually covered by media and it was (a) legitimate police action,” Mr Abella added.

He did not address Mr Duterte’s possession and discharge of a firearm.

Mr Duterte has said he routinely carried a gun during his early years as Mayor of Davao to protect himself in a high-crime environment. He has not said if the weapon used in the ambush was licensed.

He won the presidential election by a landslide in May largely on a vow to kill 100,000 criminals to stop the country’s slide into a “narco-state”.

According to the UN, at least 6,100 people have been killed since Mr Duterte took office in late June.

Zeid called for “credible and independent investigations” to be immediately reopened into the Davao killings.

And he demanded similar probes into the “shocking number of killings that have occurred across the country since Mr Duterte became President”.