Comparing the 2011 and 2016 Japan earthquakes and tsunamis

The latest earthquake generated tsunami waves of up to 1.4 meters, whereas, the 2011 earthquake triggered tsunamis of 10 to 20 meters. 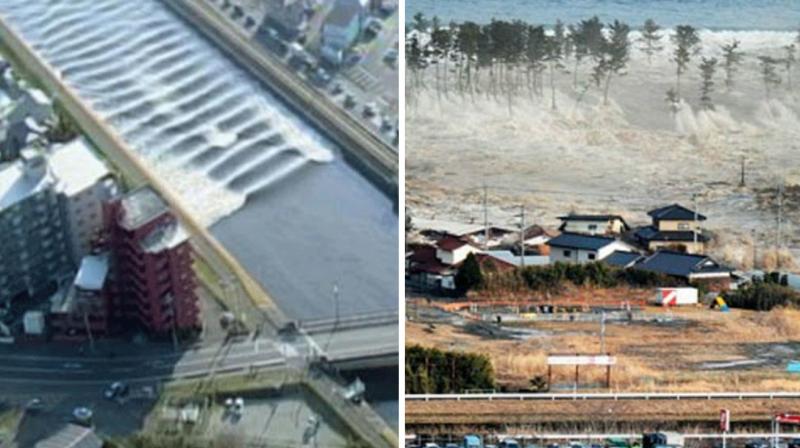 The latest earthquake generated tsunami waves of up to 1.4 meters (4.6 feet), causing a noticeable rise in water levels in some places, but not enough to overflow flood barriers. (Photo: AP)

Tokyo: Northeastern Japan escaped relatively unscathed on Tuesday from the strongest earthquake to strike the region since a devastating and deadly temblor in 2011. A comparison of the two earthquakes:

The Japan Meteorological Agency measured Tuesday's earthquake at magnitude 7.4. The US Geological Survey recorded it at 6.9. Either way, it was much smaller than the 9.0 earthquake in 2011.

A magnitude 9.0 quake is 40 times bigger than a 7.4 one, and releases 250 times more energy, according to a USGS online calculator. The gap would be even bigger compared to a 6.9 quake.

The latest earthquake generated tsunami waves of up to 1.4 meters (4.6 feet), causing a noticeable rise in water levels in some places, but not enough to overflow flood barriers.

The 2011 earthquake triggered tsunamis of 10 to 20 meters (30 to 60 feet) that rose even higher when the water was funneled up rivers that empty into the ocean.

More than 18,000 people died in 2011, or are presumed dead (about 2,500 bodies were never recovered and may have been washed out to sea). The injury toll from the latest quake stood at 14 people as of Tuesday afternoon in Japan, including at least three with broken bones. No one has been reported dead or missing.

Entire neighbourhoods disappeared in 2011 as a torrent of water swept over barriers and carried away homes, automobiles and people. Three reactors at the Fukushima nuclear power plant went into meltdown, spewing radiation into the surrounding area.

The tally is not final from the latest quake, but it will be much less. Two building fires broke out and were extinguished. A cooling water pump stopped functioning at one nuclear plant, but a backup pump restored the flow after 90 minutes.

The epicenter of Tuesday's quake was about 130 kilometers (80 miles) southwest of the 2011 quake. Both were off the rugged Pacific coast of northeast Japan. The meteorological agency said the more recent quake was the latest aftershock from the 2011 mega-quake.