However, resistance in the Kashmir valley is an internationally-recognised freedom movement 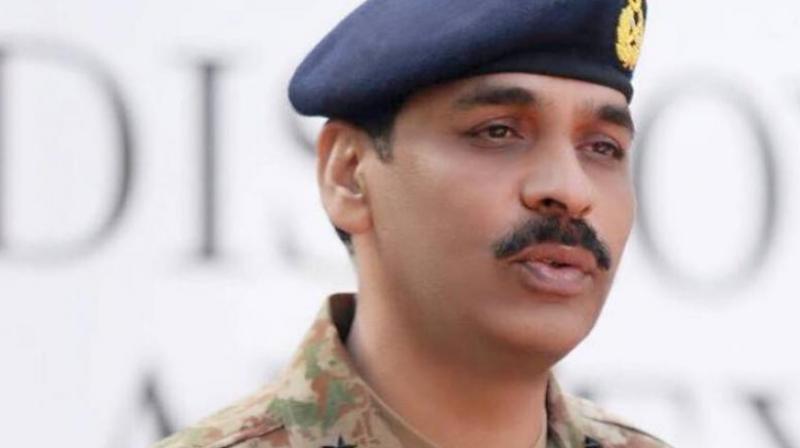 Chief military spokesman major general Asif Ghafoor told a news conference here that India wanted to “label the ongoing freedom movement in Kashmir as terrorism. However, resistance in the valley is an internationally-recognised freedom movement.”

General Ghafoor ruled out a civil-military stan-doff, saying any possible difference of opinion should not be labelled as a rift between the two. “We are all one,” he said. He said it was the prerogative of the government to open inquiry into any matter it deems fit, including “Dawn” leaks. He was referring to the former interior minister Chaudhry Nisar Ali Khan’s presser a day earlier, wherein the latter demanded making the report public.

General Ghafoor announced the successful completion of Operation Khyber-4, saying ground objectives in Rajgal and Shawal valleys had been achieved. “Every single terrorist was on the target of security forces during the operation,” he added.

On July 16, the Army had launched a major ground offensive in one of the last two remaining pockets in the tribal areas bordering Afghanistan as part of Pakistan’s ongoing efforts to establish state writ in the region and also deny Daesh any space in the country.

He said that two Pakistan Army soldiers embraced martyrdom while 15 received injuries during the operation. “Fifty-two terrorists were killed during the Khyber-4 offensive, while 31 were injured. Four militants handed themselves over to the forces,” he said.

“The militants tasked with inciting sectarianism were working at the behest of Indian (spy agency) Research and Analysis Wing (RAW) and (Afghanistan’s) National Directorate of Security (NDS),” he added.

He said that as many as 250 cross-border attacks from Afghanistan had been foiled during the current year. He also announced that the militant involved in perpetrating suicide attacks on prominent personalities, including the Punjab chief minister, had been apprehended.

“Now, there is no organised infrastructure of any terrorist organisation in the country,” he said. He added that 152 landmines were dismantled during the operation. “Khyber-4 was initiated following three earlier operations in Khyber Agency,” he said.

The process of clearance is underway in the agency, he said and added that 91 check-posts had been established in Rajgal valley. “Ninety-five percent of the people displaced during the operation have returned home,” he maintained. He said that ready improvised explosive devices (IEDs) were also recovered by the security forces. “One of the IED material had letters inscribed on it, suggesting it was made in India,” he claimed.

General Ghafoor noted that only one incident of terrorism had so far taken place during 2017 in Karachi, saying operation in the metropolis had brought significant results.