Seven weapons-wielding pirates got on board and assaulted the sailors for about 30 minutes. 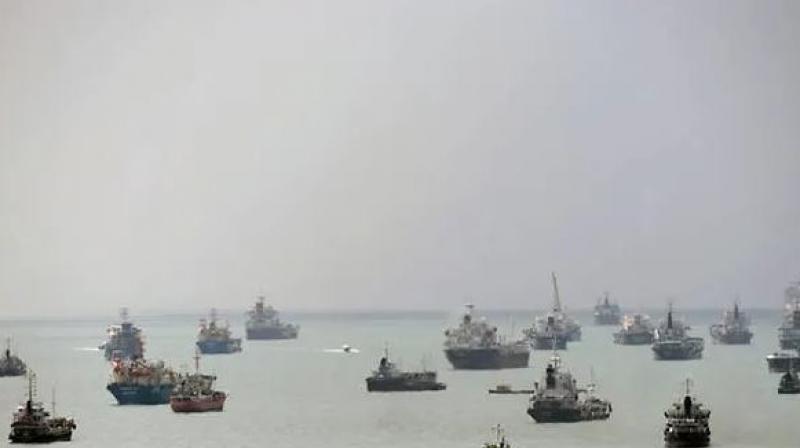 The sailors suffered minor injuries due to their confrontation with the pirates. (Photo: AFP)

Busan: A South Korean cargo ship -- the 44,132-ton CK Bluebell -- was attacked by seven armed pirates near the Singapore Strait on Monday, according to government officials here.

A speed boat carrying the pirates, armed with guns and other weapons, approached the ship just 100 miles from the entrance of the strait, Yonhap News Agency reported.

"Ordinary freighters navigate at a speed below 15 knots. But a speed boat operated by the pirates approached the freighter at a speed above 20 knots.

Afterwards, seven weapons-wielding pirates got on board and assaulted the sailors for about 30 minutes," the South Korean news agency quoted a ministry official as saying.

They assaulted the sailors onboard the freighter at 4:25 am today and took off with around USD 13,000 in cash, along with the personal belongings of some sailors like phones, clothes and shoes, as per officials at South Korea's Ministry of Maritime Affairs and Fisheries.

While no casualties were reported from the attack, the sailors suffered minor injuries due to their confrontation with the pirates.

The cargo ship was on its way to Incheon in South Korea after setting sail from Brazil. Normal navigation was resumed following the attack.

All vessels registered in South Korea near the strait have been asked to stay alert by the ministry after the attack.