Anti-ISI slogans raised outside army headquarters ahead of Pak elections 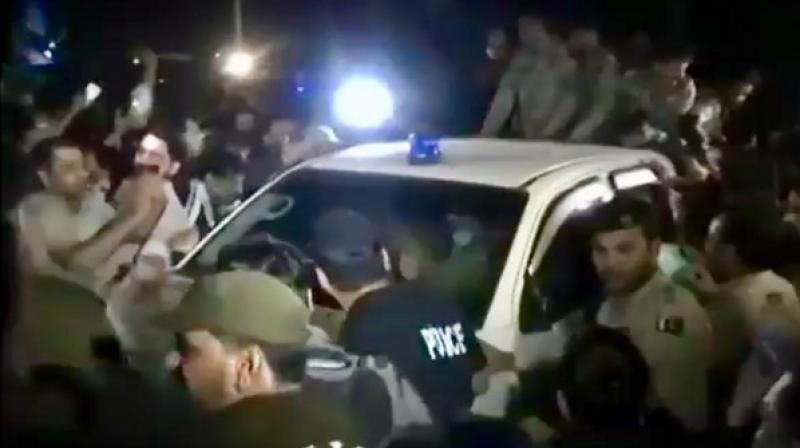 Rawalpindi: In a highly unusual development, anti-ISI slogans were raised by the supporters of Pakistan's mainstream political party, the PML (N) and others outside General Headquarters (GHQ) in Rawalpindi.

The protestors alleged that Pakistan's General Elections to be held on July 25 were fixed and rigged by the country's spy agency, the ISI (Inter-Services Intelligence).

A large number of people came out in support of PML (N) and criticised the ISI.

Zaffar Baloch, president of the Baloch National Movement tweeted, "Public chanting slogans death to ISI openly on the streets of Pakistan. Unprecedented outpour of frustration against Pakistan Army and its spy agency ISI in the history of this country."

On July 14, Islamabad High Court Judge Justice Shaukat Siddiqui openly lashed out at the ISI for controlling the judiciary and media.

While speaking at the Rawalpindi Bar Association, he accused ISI of pressuring the Chief Justice and other judges to get favourable verdicts in different cases, including Nawaz Sharif's corruption case.

It is to be noted that Nawaz and his daughter Maryam are serving 10 and seven-year jail terms, respectively, in Adiala jail in Rawalpindi in connection with the Avenfield corruption case.

It is pertinent to mention that banned terror outfit Harkat-il Mujahideen, which is headed by US-designated global terrorist Fazlur Rehman Khalil, has recently come out in open support of Imran's PTI.