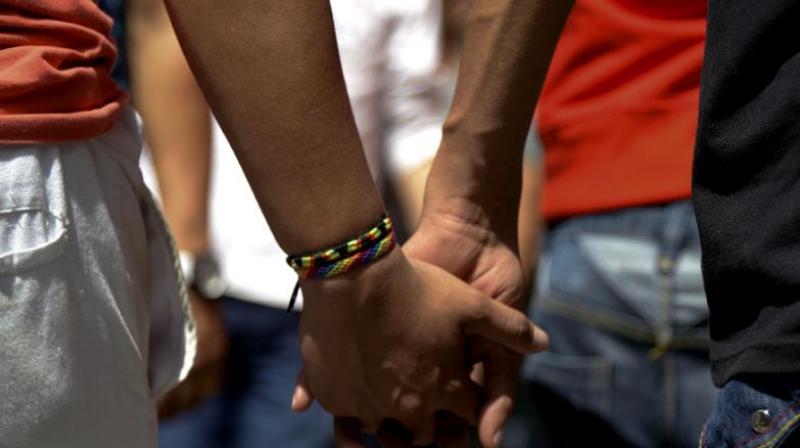 Jakarta (Indonesia): Indonesian police detained dozens of men in a weekend raid on a gay sauna in the capital, another sign of growing hostility to homosexuality in the world's most populous Muslim nation.

Police spokesman Argo Yuwono said 141 men were detained for questioning in the raid Sunday evening on the gym and sauna in north Jakarta. Police say the sauna was the venue for a sex party promoted as "The Wild One." Homosexuality is not illegal in Indonesia, but police said the country's pornography laws had been violated.

Ten people will be charged, police said, including the sauna's owner, several staff including a gym trainer, receptionist and security guard, and two visitors to the club.

As media waited for a police news conference on Monday afternoon, some of the arrested men were put on display, their faces covered by black ski masks. Last month, police in Surabaya, Indonesia's second-largest city, arrested 14 men at what they alleged was a sex party and forced them to have HIV tests.

A coalition of legal aid and criminal justice reform groups condemned the raid and "arbitrary" arrests. It said police further violated the rights of those arrested by photographing them naked and facilitating the spread of those images on social media.

The group, which is providing legal representation, said in a statement that some of the men were brought to a police station in north Jakarta naked, and others were stripped at the station.

Ricky Gunawan, a lawyer with the Jakarta Legal Aid Foundation, said at least five of those caught in the raid were foreigners from Malaysia, Singapore and the United Kingdom. Police have not yet confirmed that they detained any foreigners. Indonesia's low-profile LGBT community has been increasingly under siege in the past year.

Prejudice has been fanned by stridently anti-gay comments from Cabinet ministers and other high-profile Indonesians. Last week, a Shariah court in the conservative province of Aceh sentenced two men to public caning for gay sex. Vigilantes broke into the couple's rented accommodation to film them having sex and handed them over to Shariah police.

The court sentenced the men, aged 20 and 23, to 85 lashes each, sparking condemnation from rights groups. Aceh is the only province in Indonesia to practice Shariah law, though some areas have adopted Shariah-style bylaws.