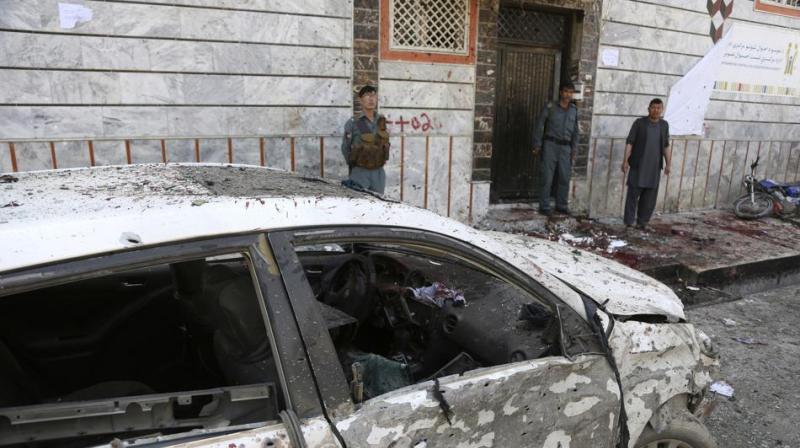 Afghan police stand outside a voter registration centre which was attacked by a suicide bomber in Kabul, Afghanistan.(Photo:AP )

Kabul: Afghan officials say the toll from a suicide bombing in Kabul that targeted a voter registration centre has climbed to at least 31 killed and 54 wounded.

Interior Ministry spokesman Najib Danesh said a bomber on foot approached the centre where officials had been issuing identity cards as part of a process of registering voters for parliamentary elections this year. The attack follows several weeks of relative quiet in Kabul.

Pictures apparently of the immediate aftermath of the blast that were shared on social media sites showed four bodies, including women, lying on the ground and cars partially destroyed by the blast.

Voter registration centres have been set up across Afghanistan ahead of long-delayed parliamentary and district council elections due to be held in October and there have been serious concerns that militants might attack them.

Sunday’s blast took place in Dasht-e Barchi, an area of western Kabul inhabited by many members of the mainly Shi’ite Hazara minority, which has been repeatedly hit by attacks claimed by Islamic State.