The new domestic infection came about in Guangdong province, and was linked to a previous imported case 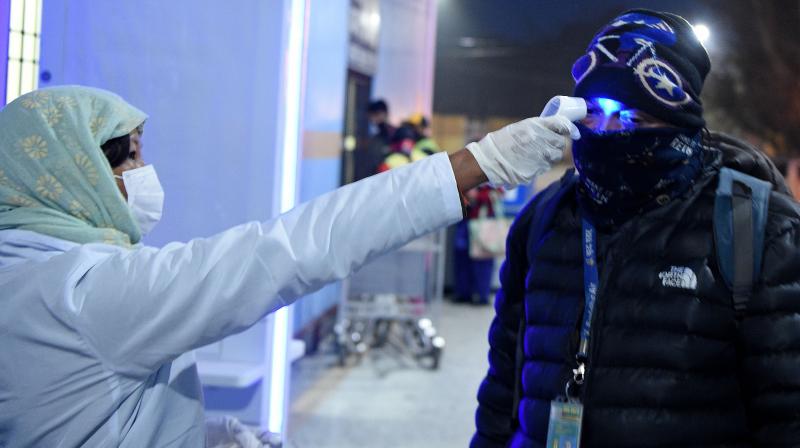 A health worker wearing a facemask amid concerns over the spread of the COVID-19 novel coronavirus, checks the body temperature of passengers. AFP Photo

While the number of virus cases has been falling over the past few weeks in China, there has been growing concern around imported cases as countries around the world step up their fight against the pandemic.

An estimated 900 million people in 35 countries are now confined to their homes, including 600 million cooped in due to government lockdown orders, according to an AFP tally.

While about 56 million people in China's central Hubei province had been locked down since late January, authorities have begun to ease travel restrictions as the number of fresh infections in Hubei dropped to zero.

On Sunday, China reported 46 new virus cases, with all but one brought in from other countries. For the three consecutive days before, it had no new local cases.

The new domestic infection came about in Guangdong province, and was linked to a previous imported case, according to local authorities.