According to the Chinese Ministry of Emergency Management, around 90 people were injured in the incident. 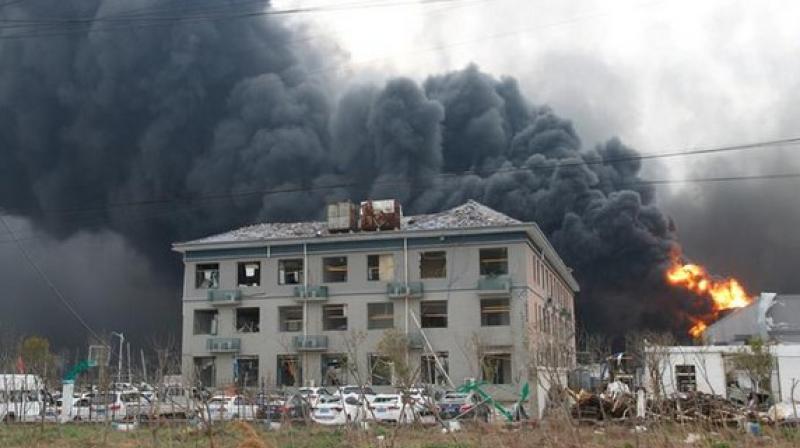 The chemical plant was reduced to rubble after the explosion. (Image: ANI)

According to the Chinese Ministry of Emergency Management, around 90 people were injured in the incident. Thirty-two of them were in a critical condition.

The injured were shifted to Xiangshui People’s Hospital, about 300 kilometers north of Shanghai, in the wee hours of Friday morning.

The chemical plant was reduced to rubble after the explosion.

An earthquake of magnitude 3.0 on the Richter scale was reported yesterday and it is speculated that it occurred due to the impact of the blast.

A residential building, schools and vehicles in the vicinity of the plant were damaged.

Firefighters and rescue personnel are at the site. However, the reason behind the explosion is yet to be ascertained, said the local authorities.

SCMP quoted a report by Yangtse Evening Post, stating that the explosion took place at the Chenjiagang Tianjiayi chemical plant, which produces pesticides.