UNICEF decries sale of Cambodian breast milk to US mothers

The agency spokeswoman in Cambodia pointed out that breast milk banks should not operate by exploiting poor women for profit. 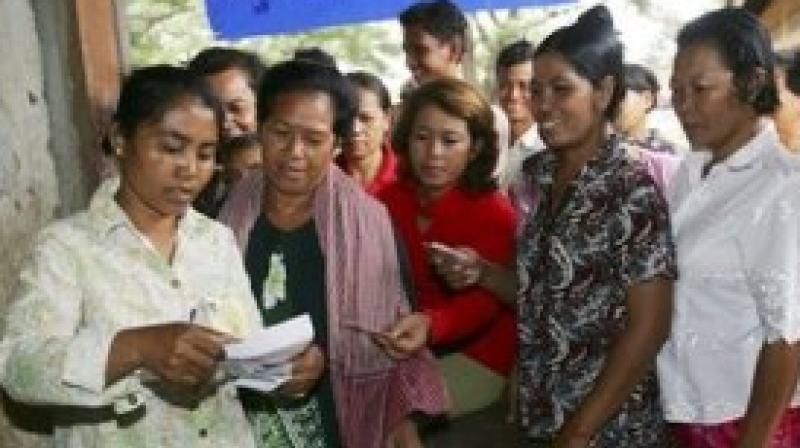 Several mothers appealed to the government to let them sell their milk to the company, Khun Meada. (Photo: Representational/AP)

Phnom Penh: UNICEF on Wednesday condemned a company selling breast milk from "vulnerable and poor" Cambodian mothers to Americans, hitting out at the commercialisation of nutrients needed by babies inside the kingdom.

The issue emerged this week after Cambodia said it had halted exports from Utah-based Ambrosia Labs, which claims to be the first of its kind to bank human breast milk sourced overseas and export it into the United States.

The firm's customers are American mothers who want to supplement their babies' diets or cannot supply enough of their own milk.

The milk is pumped in Cambodia, frozen and shipped to the US where it is pasteurised and sold by the company for USD 20 each 5 oz (147 ml) pack -- roughly the volume of half a can of Coke.

Those donating their breast milk hailed from poor communities in Cambodia's capital Phnom Penh, where the scheme helped families top up meagre incomes.

On Monday Cambodia's customs department said it had stopped exports temporarily "because the product comes from a human organ" adding the government planned to hold talks on whether to let the trade continue.

UNICEF -- the arm of the UN protecting children -- said excess breast milk should remain in Cambodia, one of Southeast Asia's poorest countries, where many babies lack good nutrients.  "Breast milk banks should never be operated by exploiting vulnerable and poor women for profit and commercial purposes," said Iman Morooka, the agency spokeswoman in Cambodia.

"Breast milk could be considered as human tissue, the same as blood, and as such its commercialisation should be banned," she said.

Malnutrition "remains a threat to children's wellbeing in Cambodia, and proper breastfeeding is one of the key factors contributing to a child's good health and nutrition", she added.

Cambodian Health Minister Mam Bunheng declined to comment on the issue when contacted by AFP on Wednesday.

Ambrosia Labs did not respond to repeated requests for comment. In previous press interviews the firm said its model encouraged Cambodian women to continue breast feeding, earned them much needed extra income and helped plug milk bank shortages in the US.

The office, which is labelled Khun Meada (mother's gratitude), was closed and women who sold their milk said they had been told operations were suspended.

Chea Sam, a 30-year-old mother, told AFP during an interview last week that she had been selling her breast milk for the last three months following the birth of her son.

In videos posted on the Facebook page of Khun Meada, several mothers appealed to the government to let them sell their milk to the company.