Talks on 2 other disputed projects in US next month. 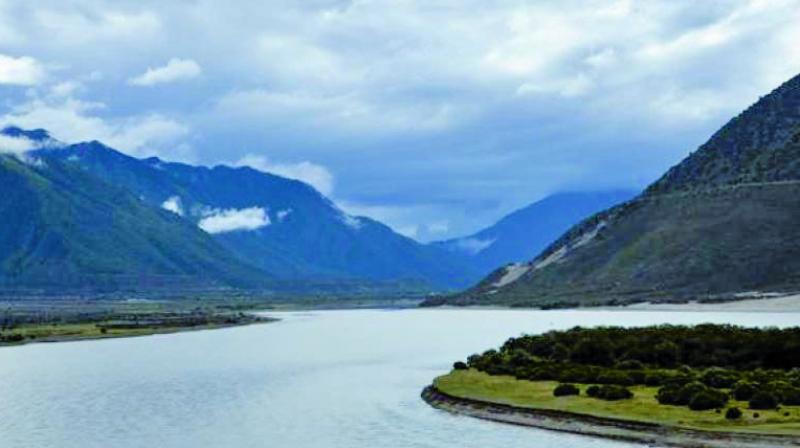 It was also decided that the Lower Kalnai and Pakal Dul projects will be inspected again.

The agreement was reached at the end of a two-day meeting of Indus water commissioners of Pakistan and India, an official statement said.

It was also agreed that Lower Kalnai, Pakal Dul projects will be inspected again. The Pakistani delegation was headed by Mirza Asif Baig while P.K. Saxena led the Indian delegation.

Speaking to reporters at the conclusion of talks, Pakistan’s Indus water commissioner Mirza Asif Baig said the Indian side had agreed to halt progress and review the design of its 120-megawatt Miyar project, which according to Islamabad violates the 1960 Indus Water Treaty.

India will share the new design with Islamabad before starting work on that project, Mr Baig said. “We also presented our objections over the designs of Pakul Dal (1,000 megawatts) and Lower Kalnai (48 megawatts) projects,” he said, adding that further talks on the controversial projects were likely to be held after three months in the Indian capital, New Delhi.

Two other controversial hydropower projects — Kishanganga and Ratle — over which Pakistan was seeking International Court of Arbitration through the World Bank were not discussed. Negotiations on these two projects would be held next month in the United States, he added.

New Delhi had suspended negotiations over the 1960 Indus Waters Treaty, which grants control of the eastern Sutlej, Beas and Ravi rivers to India while the western Indus, Jhelum and Chenab rivers to Pakistan, following an attack by militants that killed 19 Indian soldiers last year.

Indian Prime Minister Narendra Modi threatened to scrap the Indus Water Treaty after the September 2016 attack. Pakistan then warned that any such move would be a “declaration of war”.

Pakistan accuses India of violating the World Bank-brokered treaty by building dams on the western rivers, which all flow through Indian territory before reaching the Pakistani side. India complains Pakistan benefits from a greater volume of water under the agreement.

Meanwhile, Baloch Sub-Nationalist (BSN) Ferrari Commander along with 20 other persons surrendered to Pakistan Rangers Punjab on Tuesday, the military said.

Surrendered Ferrari commander claimed that they had been allegedly funded and supported by Indian intelligence agency Research and Analysis Wing (RAW) through Brahamdagh Bugti.

He added that they were kept misinformed and fed with negative narrative over decades, totally unfounded and against the realities. By design, people of Balochistan living in far flung areas were kept aloof.

According to the military, surrendered Ferraris apologized for their past deeds where huge damage was caused to the state and committed to live a normal life and contribute in the prosperity of Pakistan. The commander also appealed other militants to lay down their arms.