Gotabhaya will embark on his first foreign tour with a visit to India on November 29 at the invitation of Prime Minister Narendra Modi. 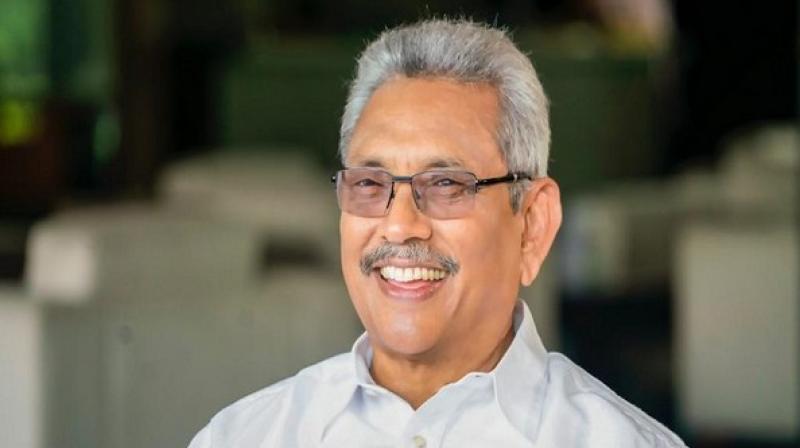 Sri Lanka's newly-elected President Gotabhaya Rajapaksa was on Thursday absolved of all corruption charges linked to the embezzlement of nearly USD 185,000 by a high court which also lifted the overseas travel ban on him and released his impounded passport. (Photo: File)

Colombo: Sri Lanka's newly-elected President Gotabhaya Rajapaksa was on Thursday absolved of all corruption charges linked to the embezzlement of nearly USD 185,000 by a high court which also lifted the overseas travel ban on him and released his impounded passport.

Rajapaksa, 70, stormed to victory on Sunday in the presidential election, trouncing his nearest rival Sajith Premadasa by a margin of over 13 lakh votes - 52.25 per cent of votes polled against 41.99 per cent.

The former defence secretary, who is credited with helping end the island nation's long civil war against the Liberation Tigers of Tamil Eelam (LTTE), is the seventh Sri Lankan President.

The Western province-based Permanent High Court Trial at Bar ordered the lifting of overseas travel ban imposed on Rajapaksa and told the Court Registrar to release the President's impounded passport.

Gotabhaya will embark on his first foreign tour with a visit to India on November 29 at the invitation of Prime Minister Narendra Modi. The Special High Court in September last year imposed a travel ban on Rajapaksa, the younger brother of former Sri Lankan president Mahinda Rajapaksa, and six others in a corruption case.

Appearing for the Attorney General on Thursday, Deputy Solicitor General Dileepa Peiris informed the court that as per the provisions of the Constitution no civil or criminal proceedings shall be instituted or continued against the President, and therefore requested the court to release the defendant from all charges, News First reported.

The court decided to release President Rajapaksa from all indictments filed over the alleged misappropriation of Rs 33.9 million (around USD 185,000) in public funds for the construction of the D A Rajapaksa Memorial and Museum, it said.

The court also ordered that all the bondsmen who placed bonds on behalf of Rajapaksa to be released from their bonds. It ordered that the cash bonds placed with the court be released, the report said.

Justices Sampath Abeykoon, Sampath Wijeratne and Champa Janaki Rajaratne ordered the prosecution to inform the court on or before January 9 on the measures to be taken regarding the remaining 6 defendants in the case.

In his swearing-in speech on Monday, Rajapaksa reached out to the jittery Tamil and Muslim minorities by promising to protect them, even though many of them did not vote for him.

President Rajapaksa assured the people that professionalism and efficiency would become a cornerstone of his government and vowed not to tolerate corruption.