External Affairs Minister S Jaishankar is currently in Kathmandu for the meeting, scheduled to be held from August 21 to August 22. 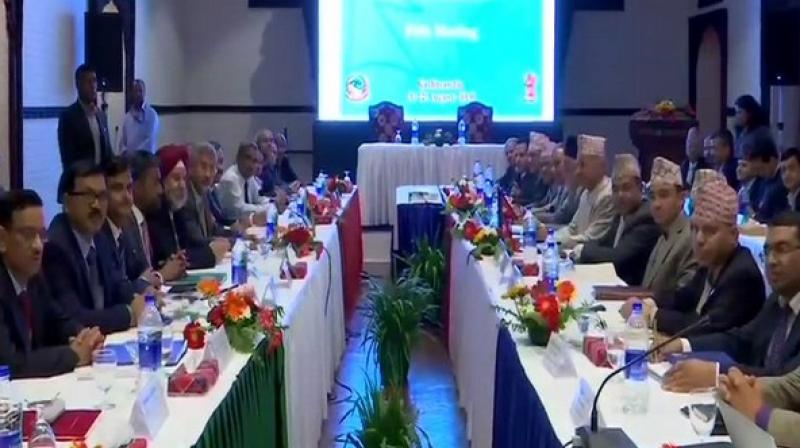 The INR 80.71 cr cheque is a part of the Government of India's commitment of INR 500 cr towards strengthening road infrastructure in the Terai Region of Nepal. (Photo: ANI)

Kathmandu: India on Wednesday handed over a cheque of NPR 2.45 billion to Nepal towards the reimbursement for housing reconstruction in Nuwakot and Gorkha Districts during the Fifth Joint Commission Meeting (JCM) held in Kathmandu.

External Affairs Minister S Jaishankar is currently in the Nepalese capital for the meeting, scheduled to be held from August 21 to August 22.

India and Nepal are co-chairing the meeting, during which a cheque of INR 80.71 cr was also handed over by New Delhi to Kathmandu on Wednesday.

The INR 80.71 cr cheque is a part of the Government of India's commitment of INR 500 cr towards strengthening road infrastructure in the Terai Region of Nepal. Four road packages are ready for inauguration, according to the Indian Embassy in Nepal's official Twitter account.

Before the commencement of the meeting, the EAM held a "warm and in-depth" conversation with Nepal Prime Minister K P Sharma Oli here on Wednesday.

"A warm and in-depth conversation with PM @kpsharmaoli. Really appreciate his receiving me amidst his many preoccupations," Jaishankar tweeted.

The Joint Commission, which was established in June 1987, provides an opportunity for the two neighbouring countries to review bilateral cooperation in all areas and extend necessary political guidance for further enhancing the traditionally close ties.

A Memorandum of Understanding (MoU) between Food Safety and Standards Authority of India (FSSAI) and DFTQC Nepal was also signed on food safety and standards on the first day of JCM.Nepal, housing reconstruction, S Jaishankar, K P Sharma Oli