The neighbouring country has said disagreements continue to prevail in the United Nations Committee related to terrorism issues in this case. 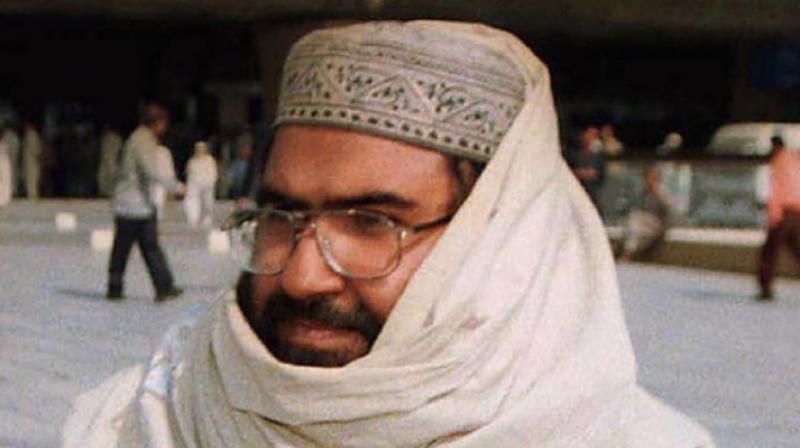 Beijing: China on Tuesday hinted at blocking a UN ban on Pakistan-based JeM leader Masood Azhar once again, saying that disagreements continue to prevail in the UN Committee related to terrorism issues in this particular case. Chinese foreign ministry spokesman Geng Shuang’s comments came in response to a question on the Azhar issue ahead of its review by the 1267 Committee of the United Nations next month.

China says that solid evidence is required to implicate the JeM leader. India has been asserting that it produced “solid evidence” for securing a ban on Azhar and actions of Pakistan-based terrorist is well documented. “We have talked about our position many times. We believe that the principles of objectivity and professionalism and justice shall be upheld,” Geng told a media briefing here.

Geng was responding to a question on whether there can be a forward movement over China’s repeated technical holds to block India’s move to get a United Nations ban on Azhar. “At present, some members have disagreement over the listing matter. And China stands ready to remain in coordination and communication with the relevant parties on this issue,” he said. Beijing put a technical hold to a move in the UN by the US and other countries to declare Azhar a terrorist for his role in the Pathankot terror attack.

Last year, China had put technical holds on India’s application to designate Azhar as a terrorist. Foreign secretary S.Jaishankar, who held strategic dialogue with Chinese officials in February here, said, “in the case of Azhar, Jaish itself is proscribed under 1267. So the proof is in 1267 committee action. In this case what he has done, extent of his actions are well documented.”

“It is not that the burden of proof is on India to convince. The sponsors (US and other countries) seem to be very well convinced, otherwise they would not have taken the initiative to move the proposal,” he had said, referring to the US, the UK and France pressing for action on Azhar.

The 1267 Committee consists of members of the UN Security Council. Geng’s response to the Azhar issue followed a two-day meeting of the BRICS foreign ministers, who took a strong stand on countering terrorism and working out international mechanisms to curb terrorism.

Minister of state for external affairs V.K. Singh, who took part in the meeting, said BRICS should back a comprehensive convention on terrorism in the UN shedding ambiguity about good and bad terrorists.