Moin-ul-Haque appointed by Pakistan as High Commissioner to India 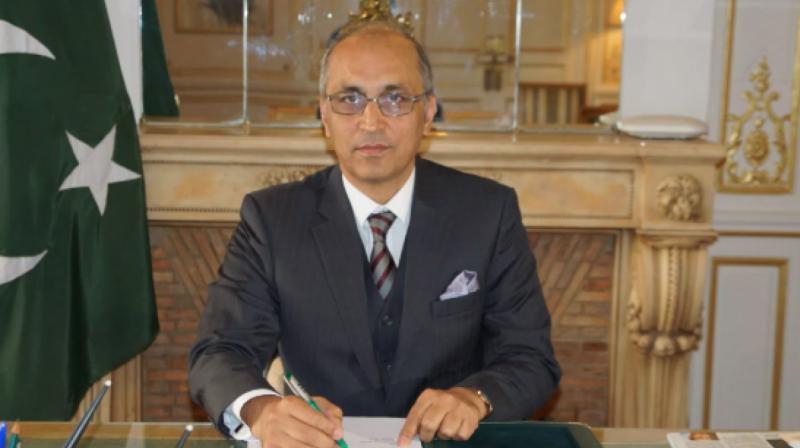 While announcing, Qureshi said that elections in India are over and he hopes that there can be renewed hopes of engagement with India. (Photo:Twitter)

The announcement -- made via a video clip -- almost a month after former high commissioner Sohail Mahmood went back to Islamabad to take charge as Pakistan's foreign secretary.

He has served as Pakistan's consul general in Canada, deputy head of mission in the city of Ankara in Turkey and chief of protocol from 2013 to 2015. He has also served in Sri Lanka and the US.

While announcing, Qureshi said that elections in India are over and he hopes that there can be renewed hopes of engagement with India.

After the Pulwama terror attack in February, in which close to 40 CRPF jawans were killed, India's consistent demand has been simple, verifiable and irreversible action against the perpetrators of the gruesome terror attack from Pakistan.

After the listing of Masood Azhar, chief of JeM, as a global terrorist by the UNSC 1267 sanctions committee, Pakistan has ostensibly taken measurable steps to implement the listing requirements — like freezing his assets and imposing travel ban. However, going by past experiences, India will be cautious to initiate fresh engagements as suggested by Qureshi.

Defending Pakistan's use of what India said "its Air Force to target military installations on the Indian side," Moin ul Haque told France 24 that it was merely an act of "self-defence." He described India's counter terror measure to target JeM's Balakot training camp on February 26 as an "unfortunate act of aggression."

He added that the best way to resolve the situation is through a peaceful dialogue with the help of international mediation. India has no plans to involve any third party in talks regarding Kashmir with its neighbours.

Meanwhile, another former high commissioner to India, Abdul Basit, was critical of the announcement, saying Haque's name had not yet been shared with the host country, and India and the foreign minister should have waited to make the announcement till New Delhi had agreed to accept him as Pakistan's representative.