World   Asia  21 May 2019  German Ambassador calls for India to have a permanent UNSC seat
World, Asia

German Ambassador calls for India to have a permanent UNSC seat

Walter J. Lindner said India is needed to be present at the UNSC permanently. 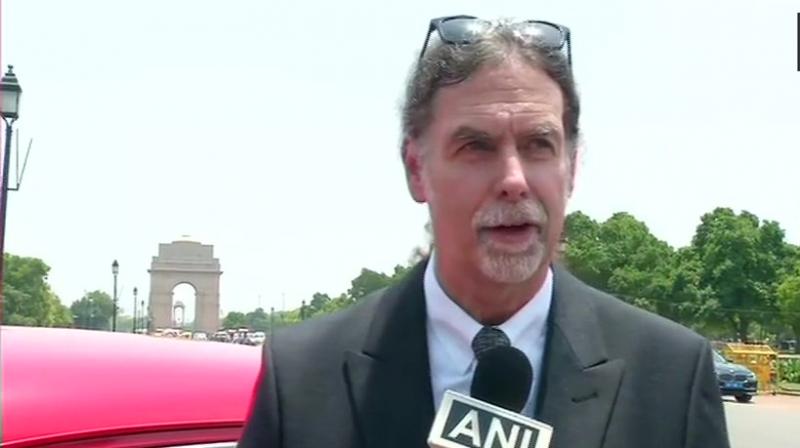 He said India's absence hurts the credibility of the body. (Photo:ANI)

On his trip to India, he said that India being a nation of 1.4 billion people is wanted to be on the list. “It’s practically unheard of seeing a nation that big to not have a permanent seat.”

Walter J Lindner, German Ambassador to India: India must have a permanent seat in the UN Security Council....India with 1.4 billion people is not yet a permanent member, this is unheard of. This can't go on like this because it hurts the credibility of the United Nations system. pic.twitter.com/2aBKqFSsOl