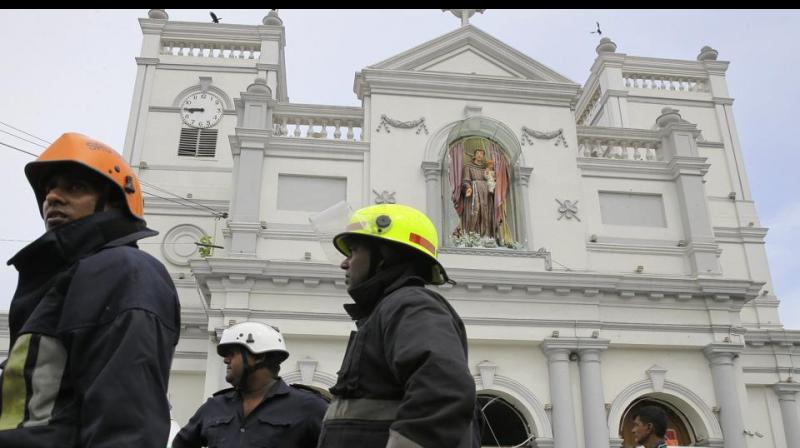 Sri Lankan firefighters stand in the area around St. Anthony's Shrine after a blast in Colombo, Sri Lanka. (Photo: AP)

Colombo: Sri Lanka's police chief made a nationwide alert 10 days before Sunday's bomb attacks in the country that suicide bombers planned to hit "prominent churches", according to the warning seen by AFP.

"A foreign intelligence agency has reported that the NTJ (National Thowheeth Jama'ath) is planning to carry out suicide attacks targeting prominent churches as well as the Indian high commission in Colombo," said the alert.

The NTJ is a radical Muslim group in Sri Lanka that came to notice last year when it was linked to the vandalisation of Buddhist statues.

At least 156 people were killed in six bomb attacks on Sunday that included three churches and three hotels.