The Taprobane restaurant at the hotel was having one of its busiest days of the year for the Easter holiday weekend. 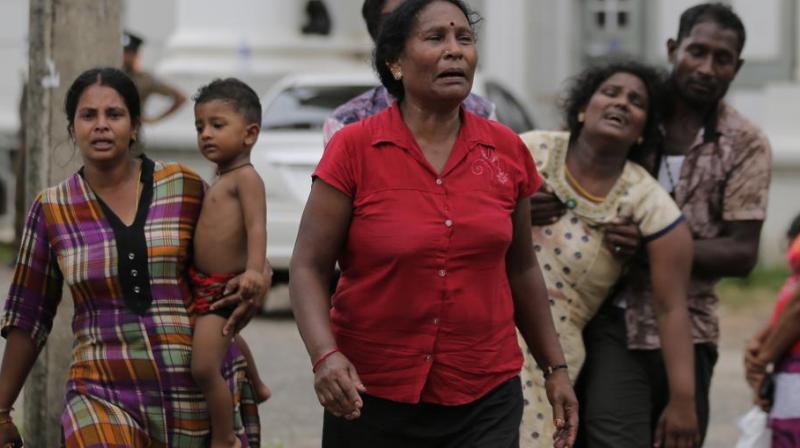 About 20 people were seriously wounded and we sent them to the National Hospital. (AP photo)

Colombo: The suicide bomber waited patiently in a queue for the Easter Sunday breakfast buffet at Sri Lanka’s Cinnamon Grand hotel before setting off explosives strapped to his back.

Carrying a plate, the man, who had registered at the hotel the night before as Mohamed Azzam Mohamed, was just about to be served when he set off his devastating strike in the packed restaurant, a manager at the Sri Lankan hotel said.

“There was utter chaos,” said the manager, who spoke to AFP on condition of anonymity as he is not allowed to speak for the company.

The Taprobane restaurant at the hotel was having one of its busiest days of the year for the Easter holiday weekend.

“He came up to the top of the queue and set off the blast,” he added.

“One of our managers who was welcoming guests was among those killed instantly.”

The bomber also died. Parts of his body were found intact by police and taken away.

Other hotel officials told how the bomber, a Sri Lankan, checked in giving an address that turned out to be false, saying he was in the city for business.

Two other hotels, the Shangri-La and the Kingsbury, were hit at about the same time, along with three churches packed with worshippers attending Easter Sunday services.

The blast at St Anthony’s Shrine, an historic Catholic Church, was so powerful that it blew out much of the roof, leaving roof tiles, glass and splintered wood littering the floor that was strewn with bodies.

Authorities have not said who staged the attacks. But all suffered major casualties and damage. Many of the 35 foreigners killed in the blasts were at the hotels, officials said.

“There was utter chaos, but we rushed all the injured to hospital in a very short time,” the Cinnamon Grand manager said.

“About 20 people were seriously wounded and we sent them to the National Hospital.”

The hotel is close to the Sri Lankan prime minister’s official residence and Special Task Force commandos were quickly at the scene.

At the Shangri-La, witnesses said they heard two loud blasts and that staff reported some people had been killed. But details of the toll were not immediately given.

An AFP photographer saw extensive damage in the second floor restaurant at the hotel, with windows blown out and electrical wires hanging from the ceiling.

The Shangri-La said in a statment that the bomb hit at approximately 9:00 am local time at its Table One restaurant.

“We are deeply saddened and shocked by the incident and our thoughts and prayers are with the families of the casualties and those who have been affected,” it said.

“Our immediate priority is to look after the safety and wellbeing of all involved. A Shangri-La crisis management team has been activated to provide all necessary support.”

The Kingsbury is also one of Colombo’s most expensive hotels, positioned near the city’s World Trade Center.

The toll there was not known.

In a statement on its Facebook page, the hotel said: “On behalf of the entire Kingsbury team we share in the shock, grief and mourning of our entire nation in the aftermath of the recent attack.”

“Medical evacuation and treatment of the injured guests and employees were handled immediately.” The hotel said it had been “isolated” for further safety checks.