The schedule includes activities with the flagship vessel of the Russian Pacific fleet, plus a Russian concert in a park. 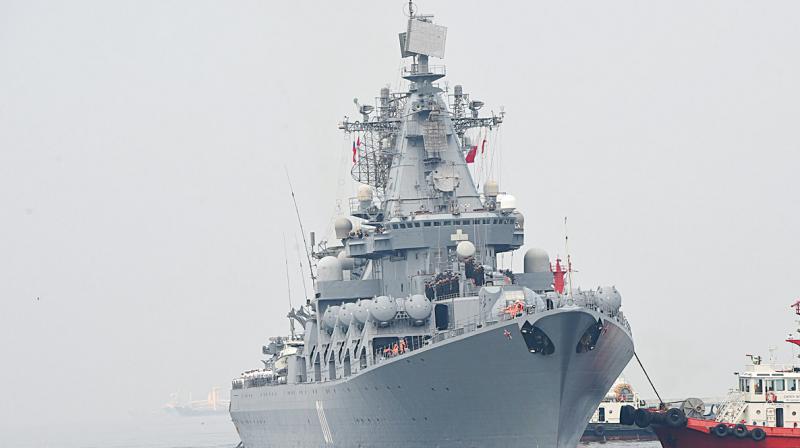 The guided-missile cruiser Varyag, accompanied by the fuel tanker ship, Pechenge, are on a four-day goodwill visit to the Philippines, the second port call by Russian warships in three months.

The move is part of what Mr Duterte describes as a pursuit of a constitutionally mandated “independent foreign policy”. He has made no secret of his grudge against the US and has made befriending Russia and China the priority of his drive.

Captain Lued Lincuna, director of the Philippines Navy’s public affairs, said the country hoped to learn from the Russians during training activities and a demonstration of advanced equipment and weapons systems.

The schedule includes activities with the flagship vessel of the Russian Pacific fleet, plus a Russian concert in a park.