The trio could face up to seven years in jail for defamation and a separate charge filed for publishing the report online. 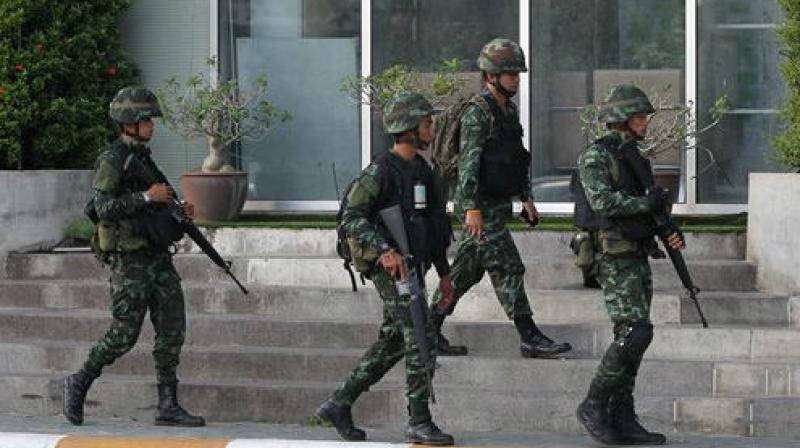 Bangkok: Rights groups on Tuesday urged the Thai army to drop defamation charges against three activists over a landmark report on torture in the conflict-hit south, decrying the prosecution as an effort to silence critics.

A state prosecutor is considering whether to press on with the controversial case against Pornpen Khongkachonkiet -- the chair of Amnesty International Thailand -- Anchana Heemmina and Somchai Homlaor.

The trio could face up to seven years in jail for defamation and a separate charge filed for publishing the report online.

The case is being closely watched in junta-run Thailand where authorities routinely use defamation laws to shut down reporting of allegations of abuse or corruption.

The 2016 report, based on interviews with 54 former detainees, catalogued a host of torture tactics allegedly used by soldiers and police across the kingdom's Muslim-majority southernmost provinces.

More than 6,700 people -- mostly civilians -- have been killed in a near-13 year insurgency by Malay Muslim locals against the Thai state, which rules the region with emergency laws.

Beatings, threats at gunpoint, sensory deprivation and partial suffocation were all routine during detention of suspects by authorities, the report alleged.

The Thai army denied the allegations and launched proceedings against the writers of the report, a rare investigation of a region blanketed by security forces.

"This is a glaring example of the Thai military misusing the criminal justice system to intimidate and retaliate against activists for reporting grave abuses," said Sunai Phasuk, a Human Rights Watch representative for Thailand.

No member of the Thai security forces has ever been jailed for extrajudicial killings or torture in the restive "Deep South".

That is despite frequent allegations of abuses as well as inquest rulings that have found security forces to have gunned down unarmed Muslim men.

The case is an attempt to silence the activists and "the right to complain by victims of torture", said Surapong Kongchantuk of the Cross Cultural Foundation.

The group -- of which Pornpen is a member -- works closely with the conflict-hit communities in the south.

Rebels want autonomy for the culturally distinct area, which was colonised by Thailand more than a century ago.

They have employed brutal tactics including shootings, beheadings and bombings.

Thai officials deny human rights abuses are systemic and say they do everything in their power to avoid harming civilians.