Joshua Boyle and his wife Caitlan Coleman had two sons after being kidnapped in Afghanistan in 2012 during a backpacking trip. 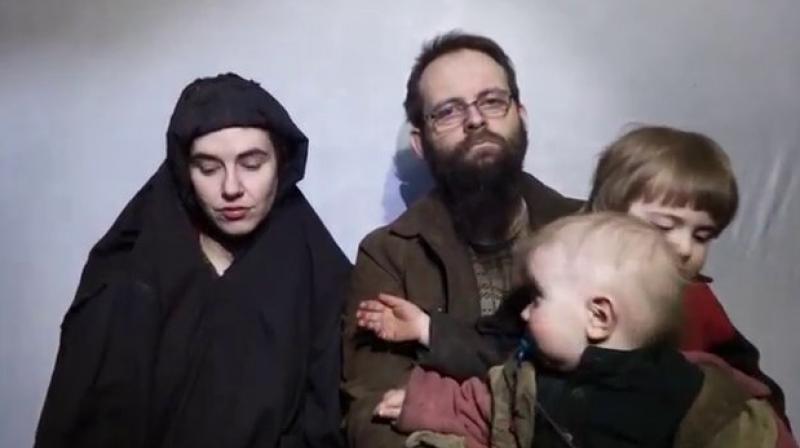 Kabul: An American-Canadian couple held hostage by the Taliban have appeared in a video for the first time with their two children born in captivity, pleading with President Barack Obama and President-elect Donald Trump to secure their release.

Canadian Joshua Boyle and his American wife Caitlan Coleman had two sons after being kidnapped in Afghanistan in 2012 during a backpacking trip.

In the four-minute video shared by the SITE Intelligence group, the couple were shown with their two young sons sitting on their laps.

"We have waited since 2012 for somebody to understand our problems," Coleman was shown saying in the video as she appealed to both Obama and Trump to rescue her family.

It was not clear if Coleman, who indicated the video was recorded on December 3, was reading from a script.

The couple last appeared in a video in August, without their children, urging their governments to pressure Kabul to change its policy on executions of captured insurgents.

In early May, Kabul hanged six Taliban-linked inmates, in the first set of executions carried out as part of President Ashraf Ghani's new hardline policy against the militants who are stepping up their nationwide offensive.

Taliban spokesman Zabihullah Mujahid said he could not immediately comment on the latest video when he was contacted.

There was also no immediate reaction from the US State Department or the Afghan government.

Earlier in 2016, Caitlan's parents James and Lyn Coleman, who live in Pennsylvania, appealed to the Taliban to release the couple and their two young children.

The Colemans last saw their daughter in July 2012, when she set off for Russia on a hiking trip with Boyle that took them through Central Asia and ultimately into war-torn Afghanistan.

The couple told Circa News that they got a letter from Caitlan last November proving that she and Boyle were still alive, and announcing that she had given birth to a second son.

The couple were also seen in a video emailed to her parents in 2013 in which they asked the US government and their families to secure their release.

The Colemans made the video public after Bowe Bergdahl, a US Army sergeant held captive for five years in Afghanistan, was freed in a prisoner swap.