Prachanda’s only son dies of heart attack in Nepal

The news of Prakash Dahal’s death comes two weeks before the first phase of provincial and parliamentary elections. 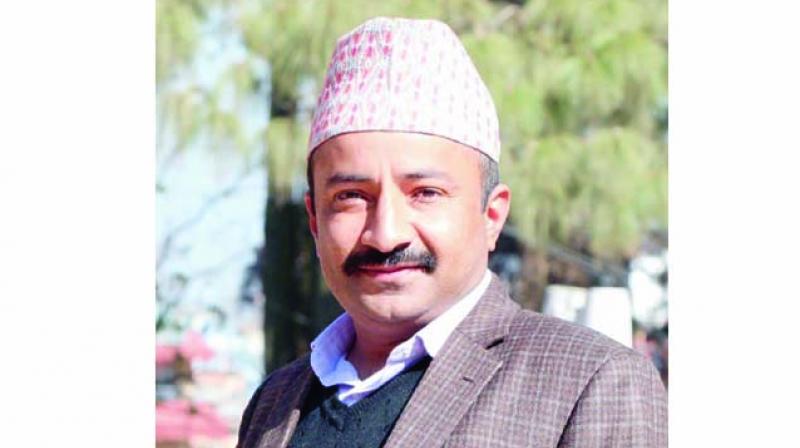 Kathmandu: Nepal’s former Prime Minister and Maoist chief Prachanda’s only son Prakash Dahal died on Sunday due to sudden cardiac arrest. He was 36.

Prakash was rushed to the Thapathali-based Norvic Hospital early this morning, where he was pronounced dead.

Addressing a press conference, Dr J.P. Jaiswal of Norvic Hospital said Prakash was dead around three hours before he was admitted to the hospital at 5:50 am this morning.

“His eyes were unresponsive and there was no pulse when he was brought to the hospital,” said Jaiswal.

“In 90% of such cases, patient suffers a severe cardiac arrest,” he added.

Prakash was secretary to his father Prachanda and also central member of CPN (Maoist-Centre).

Mr Prachanda arrived at the hospital in Kathmandu from Jhapa, where he was attending election campaign for the upcoming elections.

President Vidya Devi Bhandari reached Mr Prachanda’s house in Baluwatar to express condolences on the demise of his son.

The news of Prakash’s death comes two weeks before the first phase of provincial and parliamentary elections.

Prakash’s wife Bina Dahal is contesting election for the Parliament from Kanchanpur district. Mr Prachanda had one son and three daughters. One of his daughters died four years ago. She was suffering from breast cancer.

Legislative elections will be held in Nepal in two phases on 26 November and 7 December 2017 to elect all 275 members of the 4th House of Representatives, the lower house of the Federal Parliament.