Shiraishi is believed to have lured his mostly female victims to his apartment near Tokyo, where he killed them and cut up their bodies. 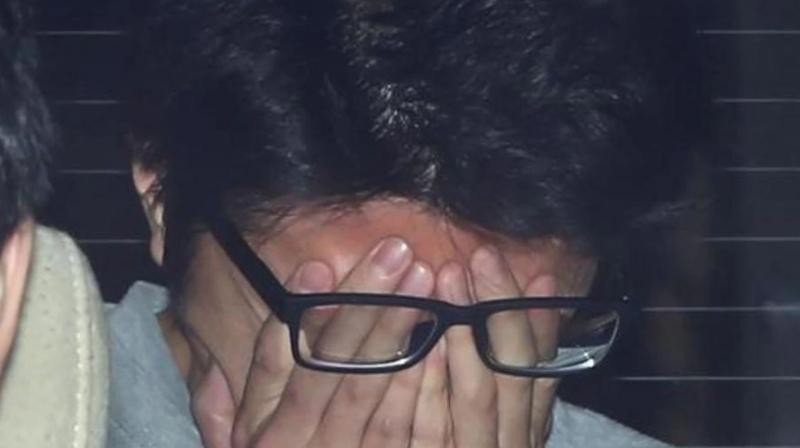 The 27-year-old Japanese man Takahiro Shiraishi, arrested after police found nine dismembered corpses rotting in his house, has confessed to killing all his victims over a two-month spree after contacting them via Twitter. (Photo: AFP)

Tokyo: Japan’s “Twitter killer”, who is suspected of murdering and dismembering nine people he met on social media, was charged with his first count of homicide on Monday.

Takahiro Shiraishi, 27, is believed to have lured his mostly female victims - aged between 15 and 26 - to his apartment near Tokyo, where he killed them and cut up their bodies.

He has admitted murdering all nine, and was on Monday charged with the homicide of Aiko Tamura, 23.

Shiraishi, who allegedly stashed bits of bodies in coolers around his small apartment, is believed to have made contact with suicidal victims on Twitter and offered to help them die.

After Tamura went missing in October, her brother managed to hack into her Twitter account and noticed a suspicious handle, according to local media.

The brother helped police find and follow Shiraishi, who was arrested last month when investigators found him in his apartment with the festering remains of nine people.

Police say Shiraishi choked Tamura on October 23 and then hanged her body inside his apartment “to murder her”.

“He has told investigators that none of (his victims) truly wished to die. They merely wanted someone to talk to,” a spokesman said.

He is ultimately expected to be charged with murdering all nine victims, but Japanese police routinely take an incremental approach to dealing with suspects in cases where multiple crimes have been committed.

The strategy allows them to hold their suspect for extended periods until they are sure that their entire case is watertight.