He is facing cases in India since 2016 for alleged money laundering and inciting extremism through hate speeches. 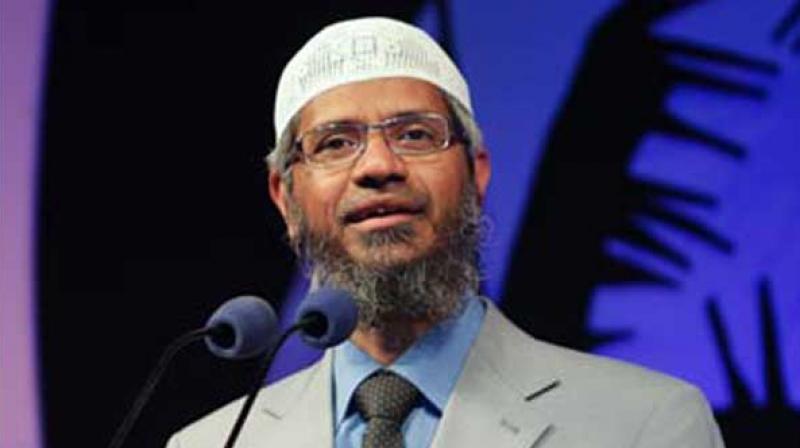 Zakir had been barred by seven states - Melaka, Johor, Selangor, Penang, Kedah, Perlis and Sarawak - from speaking in public, after his recent racial remarks. (Photo: File)

Malaysia: Controversial preacher Zakir Naik, who is wanted in India for inciting extremism through hate speech speeches and money laundering, has been barred from delivering public speeches in Malaysia.

Royal Malaysia Police corporate communications head Datuk Asmawati Ahmad confirmed the news about the ban after a circular was leaked that was issued to all state-level police chiefs.

Zakir had been barred by seven states - Melaka, Johor, Selangor, Penang, Kedah, Perlis and Sarawak - from speaking in public, after his recent racial remarks.

Naik, who has lived in Malaysia for about three years after he was granted permanent residency, has been at the centre of a storm since videos emerged of an August 8 event where he said Malaysian Hindus were more loyal to the Indian Prime Minister.