The same team said in May 2018 that the BUK anti-aircraft missile that hit the plane had originated from a Russian military brigade. 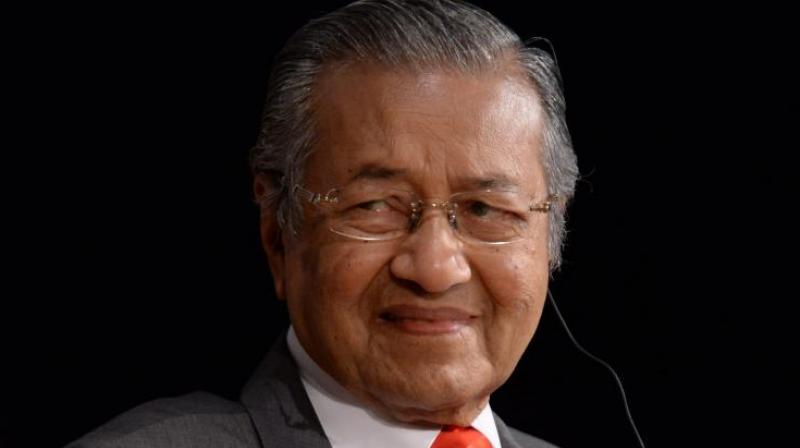 The Boeing 777 was travelling between Amsterdam and Kuala Lumpur when it was hit by a missile over part of eastern Ukraine held by pro-Russian rebels. (Photo: File)

Putrajaya: Malaysia's Prime Minister on Thursday criticised the "ridiculous" decision to charge three Russians and a Ukrainian with murder over the shooting down of Malaysia Airlines flight MH17.

International investigators charged the men on Wednesday, the first people to face justice over the tragedy five years ago in which 298 people were killed. The Boeing 777 was travelling between Amsterdam and Kuala Lumpur when it was hit by a missile over part of eastern Ukraine held by pro-Russian rebels.

"We are very unhappy because from the very beginning it became a political issue on how to accuse Russia of wrong-doing," Malaysian Prime Minister Mahathir Mohamad told reporters in administrative capital Putrajaya. "It is a ridiculous thing," he added.

"As far as we are concerned we want proof of guilt. So far there is no proof. Only hearsay." The Malaysian foreign ministry said in an earlier statement that it "appreciates" the announcement by the Dutch-led investigation team. But it added that Malaysia is "committed to ensuring that the process is transparent, credible and effective. Our approach has always been that conclusions must be based on evidence, and not be politically motivated".

Moscow has slammed the "absolutely unfounded accusations", while the US urged Russia to ensure that those charged with murder face justice. Those accused are Russian nationals Igor Girkin, Sergei Dubinsky and Oleg Pulatov, and Ukrainian Leonid Kharchenko, all of whom are suspected of roles in the separatist Donetsk People's Republic.

The trial of the men with military and intelligence links will start in the Netherlands in March next year, although they are likely to be tried in absentia as neither Russia nor Ukraine extradites their nationals. Prosecutors say the four are to be held responsible for bringing the BUK missile system from Russia into eastern Ukraine "even though they have not pushed the button themselves." The same team said in May 2018 that the BUK anti-aircraft missile that hit the plane had originated from a Russian military brigade.