World   Asia  20 May 2020  Japan to light up night skies with fireworks at secret time to cheer citizens
World, Asia

Japan freed 39 of its 47 prefectures from a blanket state of emergency that had lasted most of April, several more could emerge this week 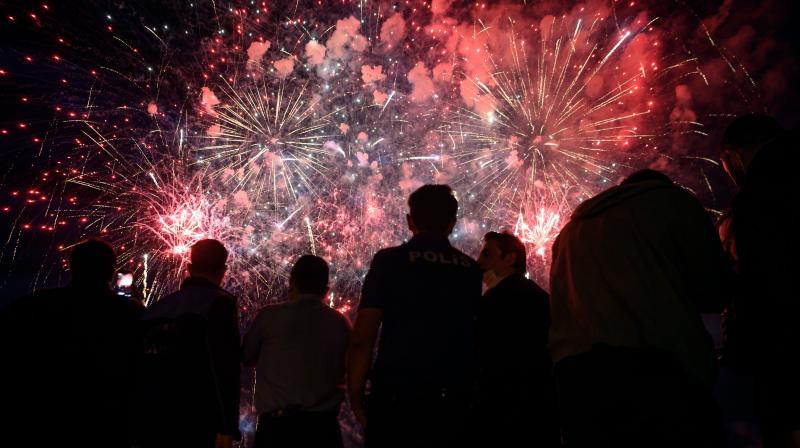 Tokyo: On a night not too far in the future but still being kept secret, skies across Japan will light up with simultaneous fireworks displays from north to south in a plan by fireworks makers to cheer a nation weary of battling the coronavirus.

Fireworks have a centuries-old tradition in Japan, where massive, colourful displays are an iconic symbol of summer and draw hordes of people, many wearing bright summer kimono. They began as a way of warding off bad luck and epidemics.

This year, with many festivals, including one of the most famous, on Tokyo’s Sumida River, cancelled over the virus, fireworks makers facing tough times because of lack of work started talks that led to the “Cheer Up! Fireworks Project”.

“Everyone’s lost their energy due to the coronavirus and these dark times, so we wanted to cheer them up,” said Hiroshi Oguchi, the third generation of his family to work at the San-en Fireworks Co in Shizuoka in central Japan.

“Also, Japanese fireworks started out mainly as a way of throwing off bad fortune, and so these are our two goals.”

About 130 companies from the northernmost island of Hokkaido to the southernmost ones of Okinawa will participate, setting off fireworks at exactly the same time, Oguchi said.

“We are also keeping where it will happen a secret,” he added, though the group is considering a social media blast to let people know just before it happens.

Last week, Japan freed 39 of its 47 prefectures from a blanket state of emergency that had lasted most of April, and several more could emerge this week.

The economy has taken a major hit, slipping into recession for the first time in 4-1/2 years, and about 776 people have died.