Over the course of the outbreak South Korea has sent chartered flights to China, Iran and Japan to evacuate its citizens 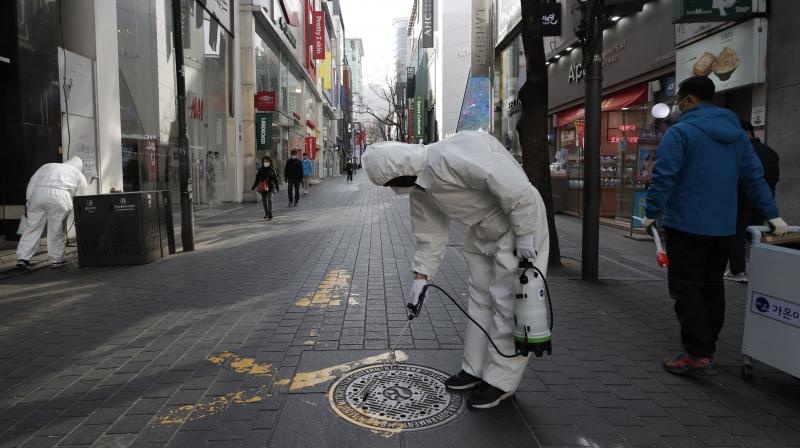 Workers wearing protective gears disinfect as a precaution against the new coronavirus at a shopping district in Seoul, South Korea

Seoul: South Korea is planning to send two chartered flights to Italy to evacuate some 570 citizens from the country with the most deaths from the coronavirus pandemic, reports said.

At one point South Korea was the country hardest-hit by the virus outside China, but Seoul appears to have brought the outbreak under control and has been comprehensively overtaken by Italy, where the death toll has reached 3,405 and authorities declared a national lockdown.

Seoul decided to step in as its citizens in Italy had initially sought to find flight tickets out themselves, but faced difficulties due to high costs, Yonhap news agency reported.

"We currently think that two flights are needed, and we are still in consultations over specifics," it quoted a foreign ministry official as saying.

Over the course of the outbreak South Korea has sent chartered flights to China, Iran and Japan to evacuate its citizens.

Italy is currently imposing 206 euro ($222) fines for anyone found wandering the streets without a valid excuse such as grocery shopping or getting to and from work.