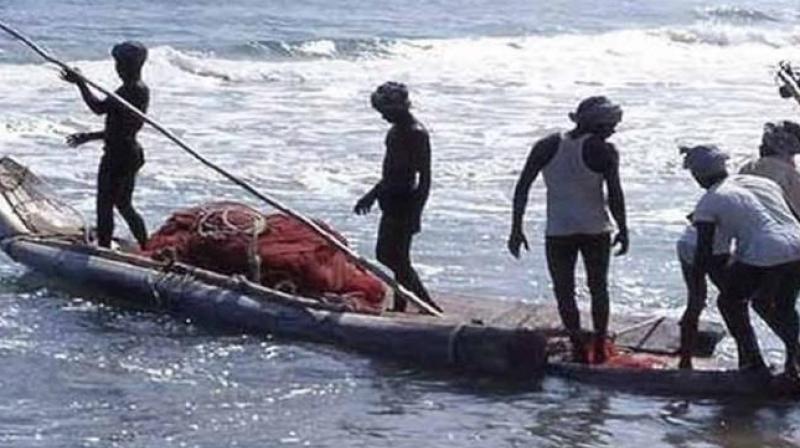 The Navy arrested the fishermen in seas Southeast of the Delft Island in Jaffna on Saturday. (Representational image: PTI)

The Navy arrested the fishermen in seas Southeast of the Delft Island in Jaffna on Saturday.

"A special operation conducted by the Navy in seas Southeast of the Delft Island, Jaffna on the night of 18th December 2021, led to seizure of 6 Indian fishing trawlers poaching in Sri Lankan waters, with 43 Indian fishermen aboard," the Navy said in a statement.

The arrests were made by the Fast Attack Craft of the 04th Fast Attack Craft Flotilla (4 FAF) attached to the Northern Naval Command, it said, adding that the operation was carried out while adhering to the COVID-19 protocols.

Arrangements are being made to hand them over to relevant authorities for legal action after conducting Rapid Antigen Tests of the apprehended Indian fishermen, it said.

Fishermen from both countries are arrested frequently for inadvertently trespassing into each other's waters. The fishermen issue has become a major irritant in bilateral ties.