The incident comes as relations between Seoul and Tokyo feel the strain over the labour issue. 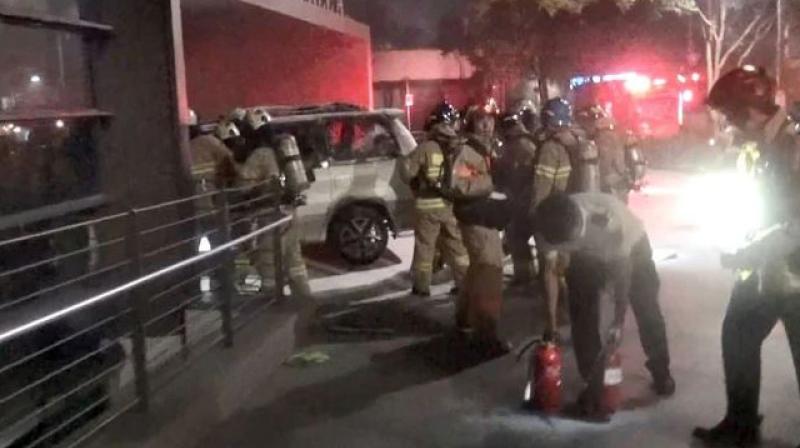 Seoul: A South Korean man died on Friday after setting himself on fire in front of the Japanese embassy in Seoul, police said, amid ongoing trade and diplomatic disputes with Tokyo.

The man in his 70s started a fire inside his vehicle parked in front of the embassy building and died after being treated in hospital, authorities said.

Some 20 disposable gas canisters were also found in this car, authorities said.

The incident comes as relations between Seoul and Tokyo feel the strain over the labour issue.

Tokyo says its measures -- targeting key chemicals used in making gadgets -- were made necessary by a "loss of trust" in relations with Seoul, while also accusing Seoul of improperly handling exports of sensitive materials from Japan.

But Seoul says Tokyo was retaliating for a series of rulings from South Korean courts ordering Japanese firms that used forced labour decades ago to compensate the victims.

Tokyo on Friday summoned Seoul's ambassador to Japan to protest Seoul's refusal to join in an arbitration panel to settle the ongoing dispute.

Seoul had until midnight on Thursday to respond to Tokyo's request for a three-nation panel.