According to the DPR, the railway line will be constructed two to three kilometres away from the East-West Highway. 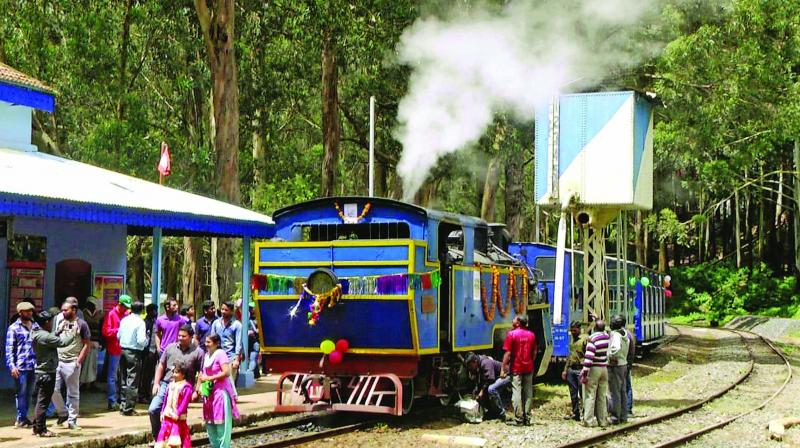 India has submitted the final detailed project report of the proposed 18.5 km cross-border railway line between India's Rupaidiya and Nepal's Kohalpur, according to a media report. (Photo: Representational Image/ File)

Kathmandu: India has submitted the final detailed project report of the proposed 18.5 km cross-border railway line between India's Rupaidiya and Nepal's Kohalpur, according to a media report.

The railway track will start from Rupaidiya Railway Station and pass through Jayaspur, Indrapur, Guruwa Gaun, Hawaldalpur, Rajhena and end in Kohalpur in Nepal, the Himalayan Times reported on Thursday. A Detailed Project Report (DPR) is a micro planning tool that typically provides the project rational, summary, user specifications, engineering designs of main and support infrastructure, as well as technical and financial aspects including financial sustainability.

As per the DPR, the proposed railway track will run parallel and between the East-West Highway and the Postal Highway. India has already helped the Nepal government in the construction of the Postal Highways which started in 2016.

"Constructing the railway above the East-West Highway means clearing a huge swathe of national parks to make way for laying the railway track. So the project report has been devised in such a way that the sanctuaries are safe," Kiran Karki, a Railway Department Engineer, was quoted as saying. India has submitted the project's DPR to the Railway Department, the report said.

According to the DPR, the railway line will be constructed two to three kilometres away from the East-West Highway. Officials at the Railway Department have said that 750-km-long railway network will be developed in five years, the paper reported.