The adverse weather 'caused the plane to stall, or lose the ability to attain lift, resulting in a spin, also known as a nose dive. 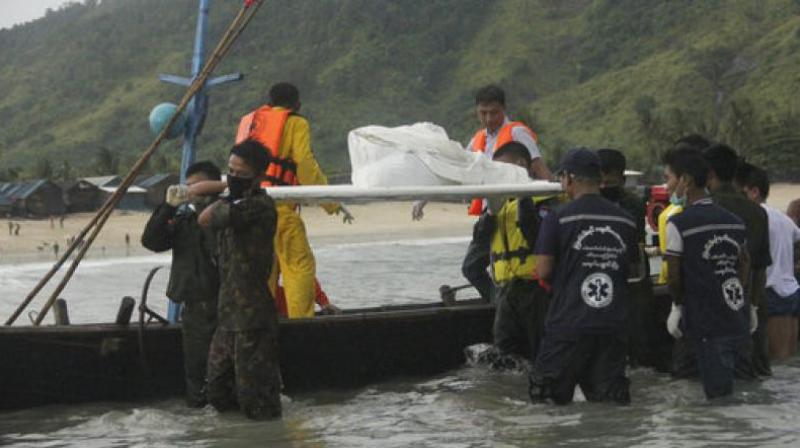 The military had previously said a large cloud was the likely cause of the disaster and a team including Myanmar military. (Photo: File)

Yangon: Investigators have concluded that a Myanmar military plane that crashed last month with 122 soldiers, family members and crew on board stalled and nosedived into the Andaman Sea due to bad weather, state media said on Wednesday.

A large-scale search and rescue operation found no survivors and at least 83 bodies were pulled from the sea.

The military had previously said a large cloud was the likely cause of the disaster and a team including Myanmar military and civilian officials and Australian air force experts was set up to investigate.

The state-run Global New Light of Myanmar said experts had analysed weather reports and data from the "black box" flight data recorder and cockpit voice recorder that were recovered in a section of the plane's tail.

Investigators concluded that the plane lost control after entering thick cloud just over 1 1/2 hours into the flight, at which point icing was detected in the engine's air intake, it said. At this point the aircraft was hit by sudden crosswinds, the newspaper said.

The adverse weather "caused the plane to stall, or lose the ability to attain lift, resulting in a spin, also known as a nose dive. The pilot was unable to recover control, according to investigators," it said.

Investigators met with officials from state-owned China National Aero-Technology Import & Export Corporation, the maker of the plane, and travelled to Xian, China, to access data from the recovered flight recorders, the report said.

They ruled out sabotage, explosion and engine failure as possible causes of the crash, it added.