Abe has made reform of the social security system a top priority to cope with Japan's fast-ageing, shrinking population. 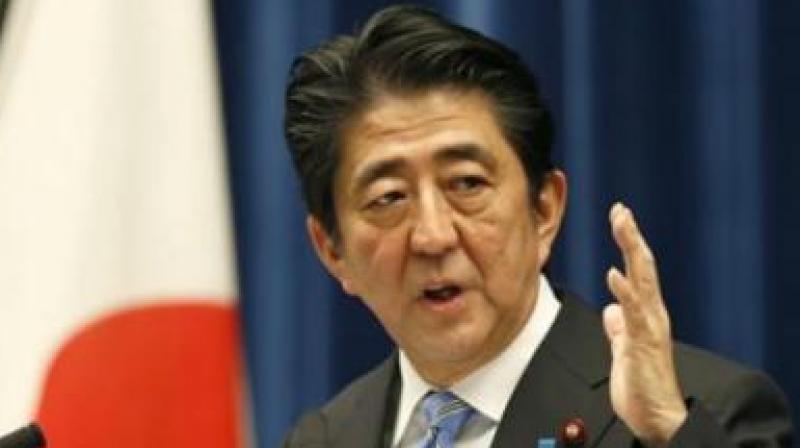 Pensions are a particularly sensitive topic for Abe. (Photo: File)

Tokyo: Japanese Prime Minister Shinzo Abe faced stiff opposition criticism on Wednesday after a report warned that many retirees won't be able to live on pensions alone, a topic likely to become an issue in an election for parliament's upper house.

Abe has made reform of the social security system a top priority to cope with Japan's fast-ageing, shrinking population.

But the furore over the report and Finance Minister Taro Aso's refusal to accept its findings have created a headache for Abe's coalition ahead of the upper house poll and amid speculation that the premier may also call a snap election for the more powerful lower chamber.

A report this month by advisers to the Financial Services Agency (FSA) said a model case couple would need USD 185,000 in addition to their pensions if they lived for 30 years after retiring.

The report was meant to highlight the need to plan ahead for retirement but instead gave opposition parties ammunition to blast Abe's government.

"What is making lots of people angry is that you are simply stressing stability (of the system) and not addressing their anxiety head-on," Yukio Edano, leader of the largest opposition Constitutional Democratic Party of Japan, told Abe during debate before a parliamentary panel.

Abe said the report had caused "misunderstandings" and reiterated the government's position that reforms to the pension system implemented in 2004 had ensured its sustainability.

Pensions are a particularly sensitive topic for Abe.

His Liberal Democratic Party suffered a massive defeat in a 2007 upper house election during his first stint as premier partly because of voter outrage over misplaced pension records. Two months later, Abe resigned.

Abe's ruling bloc is unlikely to lose its upper house majority but the fuss has trimmed his support and a weak performance would hamper efforts to cement his legacy.

Aso, 78, the wealthy scion of an elite political family, also said he'd never worried about supporting himself as he aged and didn't know if he was receiving a pension.

That many retirees cannot subsist on pensions alone and will outlive their savings is one of Japan's worst-kept secrets and one reason Abe is considering raising the retirement age.

"The FSA has done exactly what it is supposed to do - not be afraid to uncover inconvenient truths," said Jesper Koll, CEO of asset manager WisdomTree Japan.

Yuichiro Tamaki, leader of the opposition Democratic Party for the People, said Aso's rejection of the report had deepened public unease.

"Holding back, hiding or even falsifying information just because an election is near does not help you win trust for the government nor for the pension system," he told Abe.

Japan's life expectancy is the highest among Organization for Economic Cooperation and Development countries at 87.1 years for women and 81 years for men. The World Economic Forum last week forecast Japanese men could be expected to outlive their savings by 15 years and women by almost two decades.

About 54 per cent of Japanese who get public pensions rely on them for their entire income, according to 2015 government data.

Opposition parties have also used the FSA report to renew questions about the sustainability of the public pension system.

The government in 2004 adopted reforms it said had made the system sustainable for the next 100 years, a pledge many private economists, opposition lawmakers and ordinary Japanese question.

"People knew, even before the release of report, that there will be many economic problems after their retirement," said Yu Nakahigashi, 40, a self-employed businessman. "I don't want them to hide the truth from the public."