The work is punishing and the incomes unstable, subject to seesawing demand swayed by foreign imports, and unpredictable weather patterns. 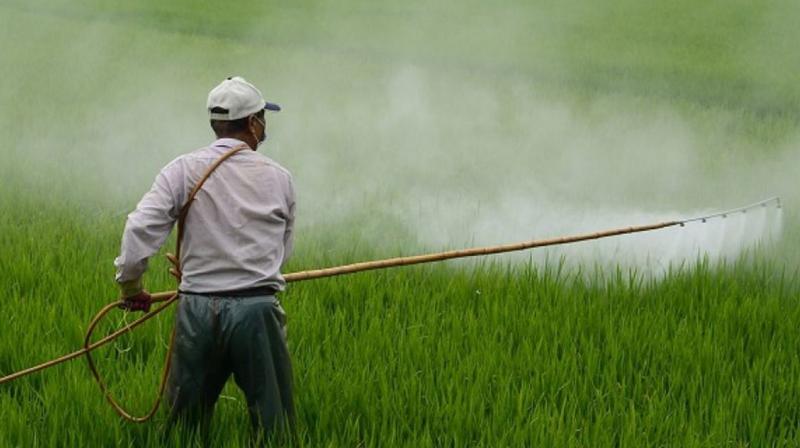 But the farmers say life is tough on the fields where they toil during the annual harvesting season from January to June. (Photo:AP)

Hanoi: The salt farmers of Hon Khoi rise before dawn as they have for generations, fanning out across shallow seawater pools in southern Vietnam to harvest the precious mineral, hoping for a better season than the last.

The work is punishing and the incomes unstable, subject to seesawing demand swayed by foreign imports, and increasingly unpredictable weather patterns.

Many people in the sleepy seaside town in Khanh Hoa province have worked much of their lives in the salt fields -- an Instagram hotspot where workers wearing conical hats ferry mountains of the saline crystals in bamboo baskets along reflective ponds against a setting sun.

They shuffle carefully along narrow ledges separating the rectangular plots that are pumped full of salty seawater.

But the farmers say life is tough on the fields where they toil during the annual harvesting season from January to June.

"This job is no fun at all, we have to work so hard in the sun and then during the cool season we are off," said Nguyen Thanh Lai, his tan skin weathered from nearly four decades working in the fields.

He sells his harvest to local traders who pass it up the value chain until it reaches dining tables or factories around Vietnam, where it is used to preserve fish, concoct Southeast Asia's popular, pungent fish sauce, or make soda water.

Lai has long struggled to raise his five kids, but he says both demand and market price used to be more reliable.

"In the past we didn't make losses in salt production, now there are losses," the 60-year-old told AFP, wearing two hats to shield from the searing morning sun.

As technical supervisor, he typically earns around USD 360 a month during the harvesting season -- more than double what most salt workers take home.

But his income zigzags depending on demand, which itself fluctuates based on imports from abroad.

Vietnam produced about one million tonnes of salt in 2015, according to the latest official data, and often clocks surpluses, but it still ships salt in, mostly from China and India.

The imported product is of a quality required for industrial use, something the local salt is not always suitable for.

Officials at the Ministry of Agriculture and Rural Development did not respond to AFP's requests for comment.

But unpredictable demand is not all Vietnam's salt farmers are up against.

In Hon Khoi -- a popular tourist destination for throngs of visitors who pack its white sandy beaches -- farmers are also contending with climate change.

Shifting weather patterns have upended work in an industry that depends on sunny, dry days for maximum production.

"If the weather is good, we can work for six months. If it rains, we all go hungry," said Nguyen Quang Anh, who has laboured in the fields for two decades.

The UN says climate change has "undermined" the lives of farmers in Vietnam, where the wet season has come earlier or brought in heavier rains in recent years.

"In Vietnam and elsewhere, climate change has put weather in flux. When you can no longer plan for the future, you can only hope," said Dechen Tsering, UN Environment's Regional Director for Asia and the Pacific.

Vietnamese authorities vowed to reform the sector in 2014, rolling out a 15-year plan to modernise the industry in a bid to help struggling farmers like Anh.

The blueprint called for production to triple by 2030, promised new technology, and called on local officials to support farmers hit by fluctuating weather patterns.

Few have felt the impact of the plan -- or ever heard about it -- in Hon Khoi, where the salt industry remains the main employer.

That means many are taking a gamble on the sector.

"Sometimes I'm nervous, but I'm in the business so I have to accept the risks," said Nguyen Van Vinh, who just started working in the fields this season to supplement his income running a small stationery shop.

"If I don't harvest salt, I won't earn enough."