Thailand: Iranian burns self outside embassy, protests against elections 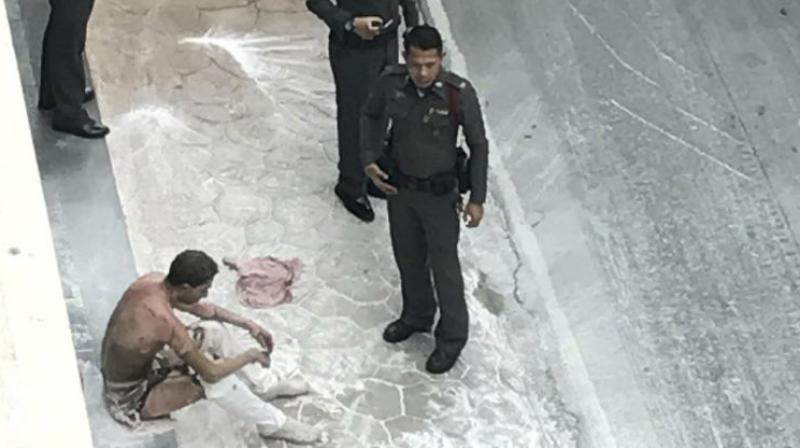 The unidentified man doused himself with gasoline before lighting himself on fire outside the gate of the embassy around noon, police said. (Photo: AP)

Bangkok: Thai police said an Iranian man set himself on fire Friday in front of the Iranian Embassy in Bangkok to protest his country's presidential election.

The unidentified man doused himself with gasoline before lighting himself on fire outside the gate of the embassy around noon, police said. The man suffered burns all over his body and was taken to a hospital.

Pol Lt Col Noppadol Samart said the man was protesting on Friday's presidential vote in Iran, though he did not know exactly what about the election the man was opposed to.

Iranians are voting in the first presidential election since the country's nuclear deal with world powers. The election is largely viewed as a referendum on the current president's more moderate policies as well as economic issues.