The letter said that there exists a 'threat of use of force against Pakistan by India.' 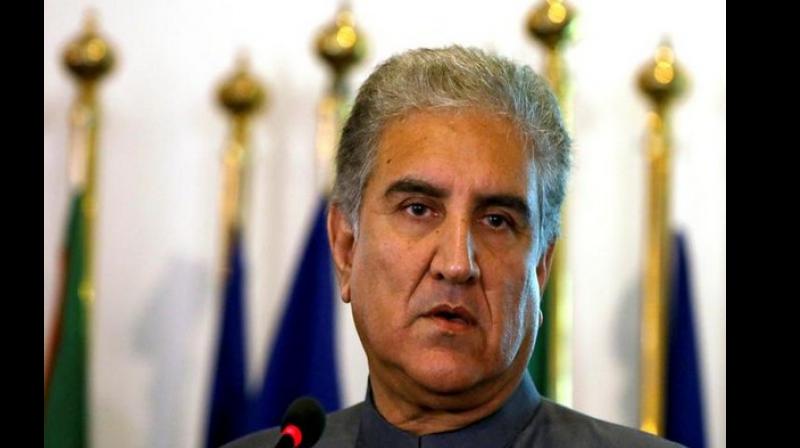 Pakistan has called for UN intervention to "defuse tensions" with India in the wake of the Pulwama attack. (Photo:ANI)

Islamabad: Pakistan has called for UN intervention to "defuse tensions" with India in the wake of the Pulwama attack, which left 40 CRPF men dead.

"It is imperative to take steps for de-escalation. The United Nations must step in to defuse tensions," a letter by Pakistan's Foreign Minister Shah Mahmood Qureshi to UN Secretary-General Antonio Guterres said on Monday.

Pakistan-based terror outfit Jaish-e-Mohammed has claimed responsibility for the ghastly attack, which has been condemned by the international community. The United States has told Pakistan to stop providing safe haven and support to terror outfits.

The letter said that there exists a "threat of use of force against Pakistan by India".

"The Pulwama attack on Indian Central Reserve Police Force was ostensibly and even by Indian accounts carried out by a Kashmiri resident of Indian Occupied Kashmir. Attributing it to Pakistan even before investigations is absurd," it claimed.

The letter also asked Guterres to "consider asking India to refrain from further escalating the situation and enter into dialogue with Pakistan and the Kashmiris to calm the situation down".

Condemning the Pulwama attack, Afghanistan had said it was a "copy-paste of what Pakistan-backed terror groups" did in their soil.

"The heinous act of terror in Kashmir has all the hallmarks of a common source & sponsor of terrorism in our region. It is a copy paste of what Pakistan backed terror groups do in Afghanistan. We condemn the attack & convey our condolences to Indian people," Amrullah Saleh, the acting Minister of Interior of Afghanistan, had tweeted.

New Delhi issued a strong demarche to Islamabad in connection with the Pulwama attack, conveying that Pakistan must take immediate and verifiable actions against JeM, which operates from its soil.