I can understand and share the anxiety of people about the future of their country, says Ban Ki-moon. 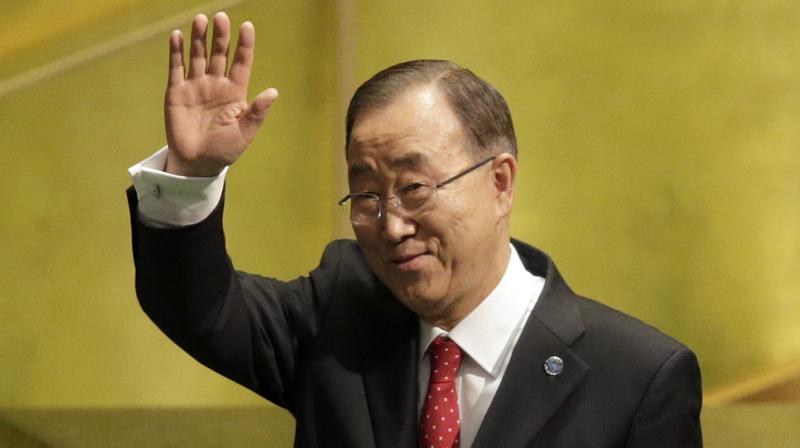 United Nations: UN Secretary-General Ban Ki-moon has addressed mounting speculation that he would run for President of South Korea, saying he would decide how to best help his country when he returned home in early January after 10 years as UN chief.

Mr Ban told his final UN press conference that after taking some rest he planned to meet “as many people as possible”, including political leaders, members of civil society and his friends.

“I will really consider seriously how best and what I should and I could do for my country,” he said on Saturday.

“I can understand and share the anxiety of people about the future of their country,” he said. “And this is one of the biggest challenges the Korean people are encountering.”

Mr Ban said the people of South Korea did not want to lose their hard-earned democracy and economic development that had transformed the country from a recipient of aid to a global donor.

“I also understand the aspiration of people for a new type of inclusive leadership that can help them overcome the challenges ahead,” Mr Ban said on Saturday.

He cited many issues, including reconciling differences in thinking.

“At the same time, while all these seem to present great challenges for Koreans and (the) Korean government, I’m confident that the Korean people, with their resilience will overcome these difficulties soon.”